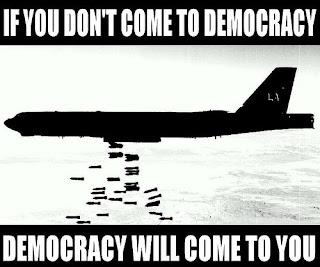 "A moment has arrived when a great power with global responsibilities is having a crisis of confidence.  Its economy has grown sluggish and it is being overtaken by a number of rising competitors.   Financial pressures loom, notably the ability to keep a balance between government revenues and expenses.   It is losing long-standing superiorities psychological as well as technological and numerical in key categories of military power; this great power, whose diplomats and military leaders manage active or potential conflicts from Afghanistan to Europe with treaty alliances as far flung as Japan and Australia, confronts the need for constraints on its global ambitions and posture.   This urgent reckoning has been prompted in part by a painful and largely unnecessary counterinsurgency war far from home that cost many times more than initially thought and exhausted the country's overstretched land forces."

Sound like any nation you know?  It should but, in fact, it's Michael J. Mazarr, professor of national security strategy at the U.S. National War College, writing about Britain at the turn of the 20th century.  In his paper, "The Risks of Ignoring Strategic Insolvency," Mazarr warns that America today is walking down the same path and inviting many similar consequences.

"Despite this awareness, that insolvency was destined to hit home
during a number of key moments from the Boer War to post-war colonial crises to Suez, Britain suffered this fate in part because successive governments in London, although scaling back military and diplomatic commitments in a fashion that many commentators have found to be a masterful example of stepping back from global primacy, still could not bring themselves to make a clean break with a deeply-ingrained strategic posture and fashion a more sustainable global role.   Great Britain remained continually overextended, and suffered the drawn-out consequences."

"...Yet the post-war U.S. approach to strategy is rapidly becoming insolvent and unsustainable not only because Washington can no longer afford it but also, crucially, because it presumes an American relationship with friends, allies, and rivals that is the hallmark of a bygone era.   If Washington continues to cling to its existing role on the premise that the international order depends upon it, the result will be increasing resistance, economic ruin, and strategic failure."

"...twenty years of warnings will finally come true over the next five to ten years, unless we adjust much more fundamentally than administrations of either party have been willing to do so far.  The forces undercutting the U.S. strategic posture are reaching critical mass."

Mazarr's paper deserves a close read.   He presents a troubling reality, depicting a nation that is not only economically but also militarily pretending to defy gravity even if only for just a handful of years longer. 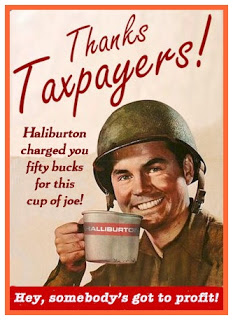 Andrew Bacevich writes powerfully of this "new American militarism" and the evolution of the Permanent Warfare State.  He chronicles, in detail, the toxic union of radical rightwing ideology, radical Christian fundamentalism, the ascendancy of robotic and precision weaponry, a hypercharged military-industrial complex and the evolution of a massive, commercial "for profit" warfighting complex dominated by contractors with names like KBR, Haliburton, Blackwater and many, many others.

In this election cycle, American politicians talk at length about the "fiscal cliff" endangering their economy but glibly overlook the even more worrisome "strategic cliff" they're running toward full-bore.

Whatever the Americans do, Canada needs to recognize and respond to this crippling strategic madness that besets the United States.   Fundamental to that is keeping a healthy distance from what's going on in the Pentagon and ensuring Canada's military does not become inescapably bound to it.   And where does that begin?   By walking, no running away from the F-35 light nuclear strike bomber just as fast as we can.   Buying that airplane, saddling our military with it, is signing on to America's aerial Foreign Legion and nothing less.   It is signing on to America's strategic insolvency.   When are we going to wake up?
Posted by The Mound of Sound at 12:25 PM