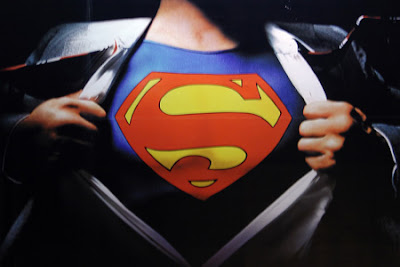 Superman has had it with the corporate media.    Faced with the takeover of the Daily Planet by a conglomerate, Clark Kent has quit and may turn to blogging instead.

"Why am I the one sounding like a grizzled ink-stained wretch who believes news should be about, I don't know, news?" says a disillusioned Kent, according to a leaked panel from Wednesday's edition of the comic that appeared on the Newsarama.com website.

New Superman writer Scott Lobdell told USA Today newspaper: "This is really what happens when a 27-year-old guy is behind a desk and he has to take instruction from a larger conglomerate with concerns that aren't really his own."
Posted by The Mound of Sound at 2:28 PM