The Rats Scurry for Cover 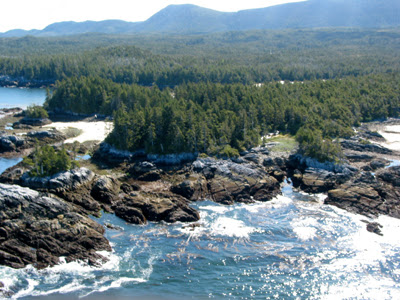 Russ George must be wondering where everybody went.   The rogue geoengineer behind the dumping of 100-tonnes of iron sulphate off the Charlottes in July suddenly doesn't have all the friends he had just a few months back.

Harper EnviroShill Peter Kent says he only learned about it just this week.   Oh my goodness, gosh, how could this have happened right under Pete's nose?

Kent, responding to questions in Parliament, said spreading iron on the ocean appears to be illegal.

"Environment Canada was not asked to approve this apparent violation of the Canadian Environmental Protection Act," Kent said.

"Anyone who contravenes environmental law should be prosecuted to the full extent of the law."

Adam Sweet, Kent's press hack, said his boss was entirely in the dark.   "Until three days ago, this matter had not been elevated to the minister's attention. Upon being notified, he immediately sought answers into the scope of Environment Canada's involvement."

It had "not been elevated" to Kent's attention which suggests that someone at EnviroCan knew about it but kept it from the minister.   Really?  This is the same shill who is running cover for the proposed supertanker traffic through B.C.'s treacherous coastal waters, right?  And he's utterly clueless about what's going on in those waters, right?

Green Party leader Elizabeth May pointed out the painfully obvious, "This incident should be a wakeup call that we don't have a handle on this."


And the Haida who, by some accounts, may have shelled out up to $2.5-million for the dumping experiment, are likewise running for cover.

On Haida Gwaii, where the Council of Haida Nations prides itself on environ-mental responsibility, hereditary chiefs and Guu-jaw, president of the Haida Nation, distanced themselves from the experiment, which was approved by Old Massett village council.

"The Hereditary Chiefs Council and the Council of the Haida Nation are in no way involved in artificial fertilization through dumping of iron compounds in the ocean around Haida Gwaii," said a council statement.

"The consequences of tampering with nature at this scale are not predictable and pose unacceptable risks to the marine environment. Our people, along with the rest of humanity, depend on the oceans and cannot leave the fate of the oceans to the whim of the few."

It doesn't surprise me that the Harper reformists fell for this scam - it's a scheme from one of their own. The fact that the Haida leadership helped finance the scheme is a bit troubling, though.

The whole concept of using geo-engineering to restore natural systems is a testament to the truly stupid arrogance of humanity.

While the focus is on iron sulphide dumping off Haida Gwaii it's important to remember this is just one of a gaggle of geo-engineering schemes. Once you legitimize one scheme in one place, you take down the barriers to other schemes in other places.

The hidden curse is that many of these schemes might help one area but at the cost of damaging the environment and ecology elsewhere. Casus Belli anyone?