Smoking Pot is Really Bad for You Except When It's Good 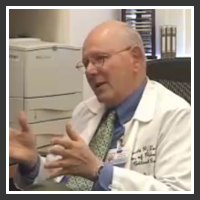 Blame UCLA professor  Don Tashkin for the confusion.   Tashkin, a professor of pulmonology at the David Geffin School of Medicine, has been "the guy" on the perils of pot smoking for decades.

The National Institute on Drug Abuse supported Tashkin's marijuana-related research over the decades and gave him a grant to conduct a large, population-based, case-controlled study that would prove definitively that heavy, long-term marijuana use increases the risk of lung and upper-airways cancers. What Tashkin and his colleagues found, however, disproved their hypothesis.

Tashkin and his researchers found that for all the coughing, wheezing and sputum horking, the Demon Weed slightly inhibits lung cancer and cancerous tumors.


Tashkin noted that an anti-proliferative effect of THC has been observed in cell-culture systems and animal models of brain, breast, prostate, and lung cancer. THC has been shown to promote known apoptosis (damaged cells die instead of reproducing) and to counter angiogenesis (the process by which blood vessels are formed -- a requirement of tumor growth). Other antioxidants in cannabis may also be involved in countering malignancy, Tashkin said.

Much of Tashkin's talk at Asilomar was devoted to chronic obstructive pulmonary disease, another condition prevalent among tobacco smokers. Chronic bronchitis and emphysema are two forms of COPD, which is the fourth leading cause of death in the United States. Air pollution and tobacco smoke are known culprits. Inhaled pathogens cause an inflammatory response, resulting in diminished lung function. COPD patients have increasing difficulty clearing the airways as they get older.

Tashkin and colleagues at UCLA conducted a major study in which they measured lung function of various cohorts over eight years and found that tobacco-only smokers had an accelerated rate of decline, but marijuana smokers -- even if they smoked tobacco as well -- experienced the same rate of decline as non-smokers. "The more tobacco smoked, the greater the rate of decline," said Tashkin. "In contrast, no matter how much marijuana was smoked, the rate of decline was similar to normal." Tashkin concluded that his and other studies "do not support the concept that regular smoking of marijuana leads to COPD."

This research came out in 2005 but the findings were simply overlooked by the media.
Posted by The Mound of Sound at 11:14 AM