At Least His God Has a Sense of Humour

The Newfie Screech has descended on the University of British Columbia.  Noneother than T-Rex Murphy has crossed the country to deliver a 3-part lecture at Regent College, UBC's evangelical graduate school.

Murphy will preach to the choir - three times, count'em three - about the evils of secularists, how they're all in league with those science-believing environmentalists and slaves to political correctness.

"Regent College theologian John Stackhouse and Preston Manning, founder of the Reform Party and the Alliance Party, will respond to Murphy, whose confident opinions are featured regularly in The National Post and on CBC radio and television."

"Respond to Murphy"?    With Stackhouse and Manning it sounds more like a sanctimonious Mazola Roll to me.   Murphy will use his bully pulpit, the very font of his rank hypocrisy, to attack the Left for their "orthodoxy" while nestling snugly into his own. 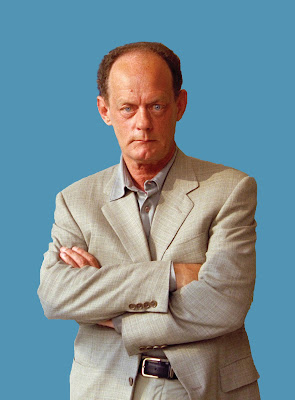 Do I believe in Murphy's "God"?   No.   But at least if I'm wrong and Murphy is right, it's comforting to know his God must have had one hell of a sense of humour to create someone like T-Rex.

Holy shit. Murphy and Manning in one room, spewing the same neo-paleolithic fantasies and flat-earth anachronisms. (I thought at first it also included the Globe & Mail chief but it's just some random religious dude named Stackhouse.)

"Holy Shit." That sums it up nicely. Thanks.

I think the term to describe Murphy's conduct here is projection.