Why We Must Break Up Canada's Media Cartel 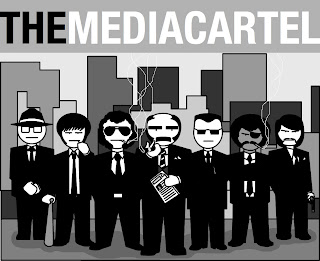 Once you have a thoroughly corporatized mass media, rife with concentration of ownership and cross-ownership, your democracy is in peril.  It's not a question of if but a question of when and how badly democratic freedoms will suffer.

FOX News is a perfect example.  Its content is tied tightly to messaging evidenced in its dishonesty and repetitiveness.  Several credible studies have shown that FOX viewers are woefully misinformed about the events of the day.   Even a judge has ruled ludicrous the FOX claim to be "fair and balanced."

When corporate mass media perverts the information function and warps it into rank messaging it creates the fuel for corruption - of mass media, of politics and of democracy.   The ability to misinform the public is a precious commodity to those who would manipulate them.  It invites a commercial collaboration between politicians and their corporate media partners.

How bad can it get?   Skip one country past the U.S. to Mexico and have a look at the current presidente, Pena Nieto.   He's featured in the latest edition of AdBusters in an article, "Mexico's Blue Revolution."

"Less than a month before Mexico's Presidential election in July, The Guardian leaked signed contracts showing that candidate enrique Pena Nieto had for years been paying tens of millions of dollars to Televisa, the largest television network in the Spanish speaking world, to produce and air propaganda - hundreds of 'news reports, interviews and features' - designed to support his rise to power.

In a further leak, just days before the vote, the British newspaper revealed that a 'secretive unit' funded by Pena Nieto and dedicated to getting him elected was embedded inside Televisa until 2009 with the implication the unit may still exist.  Pena Nieto is now the President of Mexico.

...And yet ...the kind of ironic detachment and apathetic response that reigned in the last decade has given way to an unexpected passion and eagerness to push back.   Witness the inspiring response of Mexicans to the news this time around:  thousands of protesters chanting, 'Tell the truth,' surrounded the studios of Televisa, blockated the entrances and refused to let employees enter for 24 hours.  Media democracy activists everywhere watched in awe as Mexican jammers effortlessly pulled off the kind of bold action that we have been dreaming of for yeears would happen at the headqaurters of News Corporation, Time Warner, Viacom, Vivendi and the rest of the media monopolies.

After percolating at the edges of global revolutionary thought, blue politics - based around mental environmentalist demands like transparency, media democracy, whistle-blowing protection, de-commercialization, total internet liberty and free speech - is moving to the center-stage.   Driven by a generation of fiery young Mexicans, the spotlight is finally settling on one of the core issues of our time  who controls the information flows?"

We're not in the same boat as Mexico, not yet.   But what happened there could happen here, eventually, just as something similar is underway in the Greatest Democracy on Earth (tm) next door.  Only we're more sophisticated.   The candidate doesn't buy the media, in a powerfully corporatist state he doesn't have to.   Citizens United made that inconvenience redundant.

We need political leadership that is going to press the "reset" button on Canada's mass media.   That means purging it of the corporate cartel and diversifying media outlet ownership as broadly as possible.   Democracy itself depends on it.
Posted by The Mound of Sound at 11:21 AM