You See, I've Got These Friends... 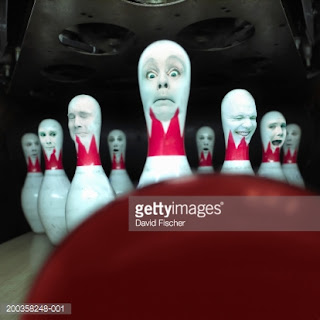 Some I've known for several years, some I've known it seems like forever.  These friends, well - they're Tories.  Real Tories.  The kind that would sooner get ass-raped by a gorilla than vote Liberal or NDP.

These friends like a lot of the same things just as they have some dislikes in common. One of their dislikes is Stephen Harper.  He's just not a very likable guy.  They like having their party in government well enough. They like having a majority Conservative government. It's just that they don't like the guy running the show.

A couple of them have never been able to get the "P" out of the "C".  They still cherish the days of Diefenbaker and Stanfield, even Joe Clark.  They're at that stage in life where they can look back on Brian Mulroney and see the good things that he did (hint: think "acid rain" and "apartheid").  They don't see much of Dief or Bob or Joe or Brian in this guy Harper.

One of my Tory friends is a close friend of Mike Duffy.  Those two were fast friends even while Duffy was Liberal. Did you not know that? He broke his dear mum's heart when he went to the Dark Side. But, like Mulcair, it came down to whatever party was willing to float his boat. Chretien wouldn't. Martin wouldn't. Harper, well what did he have to lose? It sort of reminds me of Mulroney's crack about Bryce Mackasey when John Turner appointed him Canada's ambassador to Portugal, leading Muldoon to quip "There's no whore like an old whore."

Still these friends of mine have dutifully held their nose and voted for Harper over Martin over Dion and, save for one, over Ignatieff.  Actually, I don't think they had to hold their noses in rejecting Ignatieff.  Hell, I did too.

One of them, a guy who hasn't missed an election since the railways introduced diesel engines tells me he's going to give this one a pass.  This is a guy who would have turned out to vote Tory if he was in an iron lung. When it comes to voting Tory, he's absolutely promiscuous. He'll dance with any of them - except not this time, not Harper.

Another Tory friend didn't vote in the last election and he'll not vote this time either. He's waiting for the clouds to part and Progressive Conservatism to shine down and make his Canada whole again. That's sort of the way I felt about the Liberals before I went Green.

I wonder how many other, self-identified Conservative supporters will also just stay home on election day.  Having party supporters is one thing, getting them to show up at the polls is another.

There's a courtroom that's could soon resemble a bowling alley where the pins are prominent Conservatives closely tied to Stephen Harper and the guy rolling strikes is some fellow named Bayne. He just knocked the "choir boy" off Nigel Wright and he's got several frames to go right up to the eve of the election and beyond.

I'm thinking as those pins go down - Wright, Perrin, Novak, Tkachuk, Stewart-Olsen, LeBreton, Gerstein, Hamilton and others - more Tories will lose the will to live, or at least the will to vote.

With an election this tight, with all the parties polling in the high 20s/low 30s, turnout is going to be critical.  Harper can't afford to lose the support of disaffected Tories but it's hard to see what he can do to prevent that.

Trudeau should unleash the NEP and free trade. Even the Globe is Mail is castigating Alberta for blowing it compared to Norway, and free trade with Mexico a disaster for Ontario.

Instead both Mulcrair and Justin are mute on the TPP takeover of the world.

C'mon, Steve. They're both neoliberal, free market fundamentalists if only because neither of them has a clue how to be anything else.

You give us hope Mound.

That said - your friends (and I've got a few like that) and the scaredy-kat blue-Libs are the folks that gave Harper his majority last time.
He is still in minority territory and the trial goes on hiatus again soon, whereas the neverendum election campaign goes on ... and Harper's crew of Karl-Roveians surely have a few more tricks up their sleeve.

.. this now revealed as #harpergate .. a multiheaded monster about to devour Harper's flimsy evangel christian denial party
and yet 'the trusted Harper Base keeps seeing this as about just 90 thousand large ...

A bribe to a sitting Senator from Kanata by a most senior Government public servant - Nigel Wright
A Deloitte audit pressured via attempted secretive manipulation and/or obstruction .. oh of what?
A secretive Government tax payer paid attempt at secrecy via PMO Senate and Party
A cover up by public servants, PMO, Party, Senate leaders
Denial throughout the entire process by all involved
Continued denial.. even at the level of the Prime Minister
Hopes to limp past an election.. and somehow bury the stinking mess

I have very few true 'friends' perhaps because I have a low 'arsehole' tolerance but I do see several of my close 'acquaintances' with blue signs at the end of their driveways. You may be sure that next time I see them I will be questioning their sanity.... even if it results them becoming 'unacquainted' !

I would hope you are right and your Tory friends will stay home. However, I think you might have overestimated their dislike for Closet Boy. These people vote for their party. My neighbour is aware of what Closet Boy has done because I keep him informed. But I will bet he will still vote for the party (he had told me that is what he does always, vote for the party).

Anyong said....Can it be said that this particular Conservative Government is not Torrie? I rather think it is not so why do we keep calling it Torrie?

@ Anyong - I filed a post a couple of weeks ago about a Conservative MP from Britain, a former environment minister in the Cameron government, who said there was nothing Conservative in Tony Abbott because Conservatism as revealed by Edmund Burke and implemented by Margaret Thatcher is very much a party of environmentalism. What this fellow said about Abbott would obviously apply to our own Harper. These characters are well to the right of anything that could be considered Conservative. I'm not sure what that says for today's Liberals and New Democrats either.

@ Rumley - wouldn't that be great?