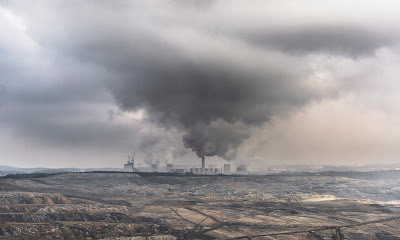 After four consecutive years of modest declines, carbon emissions are again on the increase. The UN warned that global emissions needed to peak by 2020 and then begin a sharp decline. It now reports that we won't reach the peak until at least 2030.


The emissions gap report says that economic growth is responsible for a rise in 2017 while national efforts to cut carbon have faltered.

...For the last nine years, UN Environment have produced an assessment of the latest scientific studies on current and future emissions of greenhouse gases.

It highlights the difference between the level of greenhouse gas emissions that the world can sustain to keep temperatures within safe limits, with the levels that are likely based on the promises and actions taken by countries.

This year's report records the largest gap yet between where we are and where we need to be.

Recently the UN warned that to have a reasonable chance of keeping global warming within safe levels, the world needed to reduce global greenhouse gas emissions by 45 per cent by 2030, a truly Herculean challenge. However the latest emissions figures mean that we now have to cut global emissions by 55 per cent, an extra 10 per cent, by 2030.


"There is still a tremendous gap between words and deeds, between the targets agreed by governments worldwide to stabilise our climate and the measures to achieve these goals," said Dr Gunnar Luderer, from the Potsdam Institute for Climate Impact Research and one of the authors of the study.

The scientists say that to tackle the gap, nations must raise their ambition five fold to meet the 1.5C goal.

Right now, the world is heading for a temperature rise of 3.2C by the end of this century the report says.

...The study says that countries including Argentina, Australia, Canada [Stephen Harper's targets], the EU (including the UK), South Korea, Saudi Arabia, South Africa and the US, are falling short of achieving their nationally determined contributions for 2030.


The report also suggests that government tax plans could be hugely important in tackling emissions.

It says that carbon taxes or carbon trading systems cover only 15% of the global carbon output, which could rise to 20% if China implements its planned market. But the report says that half of the emissions from fossil fuels are not taxed at all and only 10% are priced at a level consistent with keeping warming to 2C.

"If all fossil fuel subsidies were phased out, global carbon emissions could be reduced by up to 10% by 2030. Setting the right carbon price is also essential. At $70 per tonne of CO2, emission reductions of up to 40% are possible in some countries."

70 dollars (USD) per tonne seems to be the magic number then. That's a far cry from 20 dollars (CDN) a ton that so many of our premiers seem to think an economy-wrecking burden.

There's an idea. We could work out the probable greenhouse gas emissions associated with every barrel of bitumen we export - the bitumen, the diluent, and, yes, the really wicked pet-coke we toss in for free. Then we levy a $70 dollar (USD)  per tonne emissions export tax, less the amount of carbon taxes that will be levied in the nation of destination. Maybe we could use that money to get a partner to come in and start building electric cars in Canada. Why we might even build the plant in Oshawa. I've got the perfect site in mind. 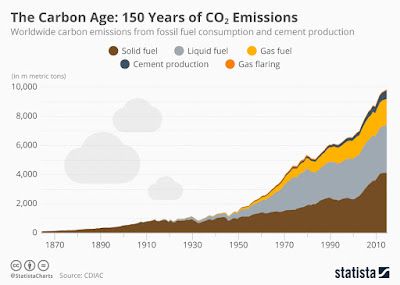