The Browning of the Arctic 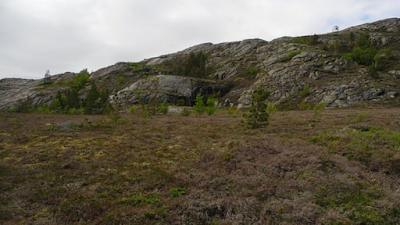 The Arctic has become increasingly less white as the Arctic sea ice melts, the tundra warms and the Greenland ice sheet retreats ever faster. In fact the Arctic is turning brown and that's not a good thing. It signals an ecosystem unable to adapt to climate change. From Smithsonian.com:

A new study published in Global Change Biology suggests the worrying shift in color could significantly hinder the region’s ability to adapt to climate change.

“Extreme climatic events can significantly reduce the ability of Arctic ecosystems to take up carbon,” lead researcher Rachael Treharne, an Arctic ecologist at England’s University of Sheffield, writes in The Conversation. “[This has] implications for whether the Arctic will help combat climate change, or accelerate it.”

To gauge the effects of Arctic browning, Treharne and her colleagues visited the Lofoten Islands in northern Norway. There, they observed two extreme weather events. The first was a frost drought—a seemingly contradictory process that occurs when high winter temperatures melt an insulating layer of snow, leaving plants exposed to the Arctic’s harsh winds until they lose water and are unable to replace it with liquid from the impenetrable frozen soil. The second was extreme winter warming, which is a “False Spring” of sorts that tricks plants into prematurely shedding their cold tolerance.

According to Georgiou, frost drought led to the death (and browning) of dominant evergreen vegetation, while extreme winter warming sparked a severe stress response signaled by the emergence of dark red pigments in the plants’ shoots and leaves. Compared to healthy green heathland, vegetation affected by these two conditions absorbed significantly less carbon dioxide across the entire growing season, reducing their ability to combat climate change.

Alexander Askew of Physics World further explains that many climate models tend to assume an arbitrary level of greening across the Arctic—a fact that leads to potentially erroneous predictions of Arctic ecosystems absorbing more carbon and slowing rather than speeding up climate change.

The scale of browning seen in recent years “suggests the reality may be more complex,” Treharne notes in a statement, “calling into question our understanding of the role the Arctic plays in global climate, and whether we should expect Arctic ecosystems to slow or accelerate future climate change.”

Ultimately, the team’s findings point toward the need to treat extreme Arctic weather events as bellwethers of global climate change. If dramatic measures are taken soon, Arctic warming could slow by as much as 7°C. Such steps, according to The Conversation, are “critical to minimizing the impacts of climate change both in Arctic ecosystems and worldwide.”

Bring on the brown..nothing like brown. The browner the better.