Trump's Mole Inside the Mueller Investigation? 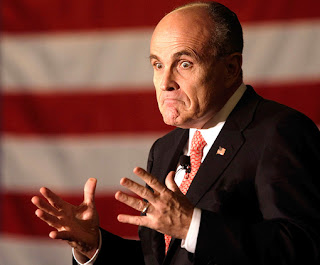 It seems as though former Trump campaign manager and shady international operator, Paul Manafort, has chosen to bet on getting a presidential pardon after all.

While Manafort was supposedly spilling his guts to Mueller's investigators are part of his plea bargain, his counsel was reporting back on Manafort's interviews to Rudy Giuliani. Obstruction of justice, anybody?

A lawyer for former Trump campaign chairman Paul Manafort repeatedly briefed the White House on meetings with special counsel Robert Mueller even after his client had flipped, The New York Times reported Tuesday.

Kevin Downing gave the Trump camp a rundown on the line of questioning pursued by prosecutors, the newspaper reported, citing Trump lawyer Rudy Giuliani and two other sources.

Giuliani acknowledged that the information could potentially give Trump’s team valuable insight into a case against him, and noted that the prosecutors had been particularly interested in whether the president had advance knowledge of the infamous Trump Tower meeting between his son and several Russians.

Manafort could be angling for a presidential pardon in return for passing information to Trump’s lawyers, legal experts told The Times.

Why is this information coming out today? Because Mueller has finally decided to release it. Mueller wants it out in public that Trump's own lawyers were meddling in the investigation even after Manafort was a cooperating witness under a plea bargain.
Posted by The Mound of Sound at 7:21 AM

If there is isn't any illegality involved in this, then why wouldn't suspects is criminal conspiracies do it all the time? Have these clowns blundered one step beyond this time? If that's the case, maybe Trump will have a chance to throw his lawyers under the escalator for now and add them to the waiting list for pardons later on.


I'm not convinced this doesn't amount to obstruction of justice, John. We'll have to wait for Mueller's decision on whether to lay fresh charges against Manafort and possibly even his counsel. There was, as I recall, some promise that Manafort not communicate with the White House. If there was such a promise his own lawyer would be on thin ice if he sought to circumvent his client's agreement with the prosecutors.

.. the stench of money laundering and related Rrump enterprises bailouts seems more and more ripe. Ivanka and Jerod blew the whole Hillary's emails into mootland via their email idiocy..

So think about the Trump 'brain trust' - Giuliani, Hannity, Stephen Miller, Bannon, Fox TV and numerous, sundry.. and other battalions of lawyers and their spokeswanks, and the spokeswanks legal beagles and their spokeswanks.. all scuttling about the west wing.. or the 'southern' White House and its golf carts.. or hiding out aboard Air Farce One.. or Trump Tower.. or ?

This is an abomination slathered in lipstick pretending to be an 'Administration' .. in actuality its a just a runaway lunatic twitter account and a press secretary named Huckabee Sanders.. and even that is gilding the lily.

Think of the vaunted Trump experiment as a wormy top heavy galleon, taking on water. Its in motion, back and forth, but pinned against a lee shore by ill winds, has shredded sails, incoming 'king tides' and all the 'sea room' is owned by a lightning fast & alert Robert Mueller. The plague ship Trump loses lifeboats every night.. and there's little room aboard any rescue helicopters.. maybe for Melania, and Ivanka.. or Bannon, the 'men' Don jr, Eric, Jerod may have to swim for it..