When Politicians Become Habituated to Windfall Revenues, Nothing Good Comes of It 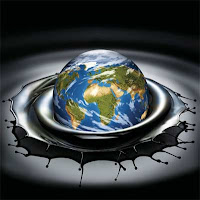 The oil and gas provinces of Canada - Alberta, Saskatchewan, B.C. and Newfoundland (okay, okay, "and Labrador") - are places where politicians dream of easy money.  All they need do is hold out their hand and some energy giant will put money in it, endless amounts of money. So eager are they for windfall wealth that they're willing to look the other way when that's required. They also spend a prodigious amount of time and effort on sleight-of-hand conjuring acts to make what is really a trickle of money appear to be a rampaging river of money.

The poster boy for this chicanery is the Athabasca bitumen pits. It's gotten so bad that a gang of grifters from Texas panicked the Trudeau government into buying a decaying old pipeline for around 700 per cent of its actual value, tying that same government into shelling out another seven to nine billion atop the purchase price to construct a new pipeline for the bitumen producers. Ever feel like we were had?

Yet it seems the myths of petro-Canada are beginning to unravel and the ugly reality of our partnerships with the energy giants is starting to resemble the era when the Vandals sacked Rome.

The Globe and Mail has an investigative piece, "Hustle in the oil patch: Inside a looming financial and environmental crisis."

Harold Wang was driving a hard bargain. In the summer of 2016, the Hong Kong businessman was closing in on a sweetheart deal to acquire a major foothold in Alberta’s oil patch by establishing a brand new company. The price tag: $1.

For weeks, he had been in talks with Calgary-based Perpetual Energy Inc. and its CEO, Sue Riddell Rose, to buy thousands of aging natural-gas wells. Despite the pittance he was preparing to pay, negotiations had bogged down. By early August Mr. Wang, who had previously worked at major U.S. investment banks, was firing off an e-mail to Ms. Riddell Rose in which he threatened to put the deal on hold.

After all, the acquisition was not without major risks. Many of the wells were nearing the end of their economic life, and the deal included the assumption of future cleanup costs, pegged by the seller at $133.6-million; Mr. Wang’s company simply did not have the financial wherewithal normally required to convince the Alberta Energy Regulator (AER) that he could afford such a cleanup.

No matter, as that environmental bill had been glossed over: The deal had been structured in such a way that the AER – an industry-funded agency that operates at arm’s length from the provincial government and is charged with both promoting and policing the oil business – would not be able to assess whether Mr. Wang’s new company could meet the obligations.

...Within 18 months, Mr. Wang’s company, by then named Sequoia Resources Corp., would be insolvent, triggering disputes over how it was allowed to buy up energy properties in the first place – and who would cover the costly cleanup of the wells.

... In the oil patch, pliant regulators have enabled well-known companies, including Husky Energy Inc., Enerplus Corp. and others, to foist cleanup costs onto small companies that are buying up the distressed wells of those bigger players. In some cases, those smaller players are purchasing the assets even though they are unable to secure financing from major banks.

The risky bet is that natural-gas prices will rebound and deliver payoffs big enough to generate profits while also funding the cleanup of old wells as they peter out.

But the gamble has stirred a backlash in the industry. It has also angered landowners who complain of being shortchanged on lease payments from energy companies. And ultimately it has left taxpayers to shoulder a financial and environmental mess. In Alberta, a string of corporate bankruptcies has already pushed the number of defunct well sites to 4,349, up from 545 in 2014, necessitating a $235-million loan from the provincial government last year to shore up the fund set aside by industry to pay for cleanup. And that count does not yet include any of Sequoia’s wells.

...Depending on assumed costs for plugging and reclaiming wells, the tab could easily climb to $13.2-billion, and reach as high as $26.9-billion, if companies on the brink of insolvency and other struggling firms were to collapse, according to a Globe analysis.

“It’s a shell game,” said Al Kemmere, president of the Rural Municipalities Association in Alberta, “that we have no ability … to control.”

It is a scam and we'll only know just how badly we've been fleeced when the energy giants, those who knew how to take their share and ours from our resources, take their leave and stiff us for the cleanup. That's when we'll have to reconcile the books and it won't be pretty.

For all of his efforts on behalf of Alberta's oil patch, Trudeau isn't feeling much love from the people of Alberta who have been brought up to live and breathe victimization. For more on that, read Dave Climenhaga's excellent post, "If other Canadians don't think Alberta should go suck a lemon, they probably soon will."

Too many Albertans have been raised to believe that sinister forces in Ottawa or in other provinces have been conspiring to undermine the market price of bitumen as though their crud petroleum isn't subject to ordinary principles of economics, i.e. supply and demand. In their deluded minds, ramping up supply, flooding world markets with bitumen, in a world already flooded with cheap, clean oil and gas, will magically re-inflate the price of bitumen.

Somebody needs to take a deep dive into Perpetual Energy’s books.

Offloading liabilities like Superfund sites and Pension liabilities onto Companies that then go bankrupt, as an old Corporate Scam.


Privatize profits and socialize losses, America's favourite game and our own too.

"Risks are more likely to be externalized when government and/or international agencies bail out offending organizations to limit total damages and stabilize the economy."

That's right. You can't be in this business without an effective integrated cost and risk externalization strategy? If you can get them excited enough, it won't matter what the bankers say.

Just make sure you get a carpetbag with enough room for the boots and cowboy hat?

Kick out all foreign companies from this country and begin using public banking. This will enable the government to tell Canadian companies "you are to be transparent". If not you do not operate. You asked for a solution in your blogs...here it is. Anyong.