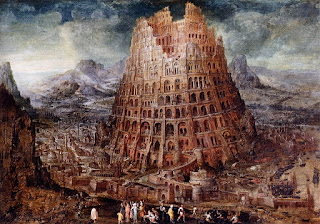 I've got plenty of arguments for finally getting rid of FPTP, first past the post, voting. Here are four: Stephen Harper, Christy Clark, Justin Trudeau and, now, Ontario's Doug Ford. Trust me, there are more.

Friend Lowry, of Babel-on-the-Bay, doesn't think much of proportional representation. Peter is an ardent supporter of FPTP which he apparently sees as the very beating heart of democracy. This prompted him to weigh in on the electoral reform referendum now underway in British Columbia.

Peter's Bable Bay blog doesn't permit comments. He does, however, invite emails. That said, I wanted my rebuttal to be public. This is my email to my friend, Lowry:

Yes, I’m afraid we might be giving up the right to be ruled by a dynasty of corrupt Liberal hacks such as Gordon Campbell or, especially, Christy Clark and their Social Credit predecessors. Then again, we might be getting a Green Party presence in the legislature commensurate with their degree of popular support, a party that could compel the environmental recalcitrants, whether Liberal or NDP, to begin acting responsibly of lose the right to govern at all. Chaos? Sure but you may have noticed we have embarked on chaotic times.

Discussions such as this remind me of the open letter issued last week by Rowan Williams, former Archbishop of Canterbury, and 90-prominent British Academics who wrote: “When a government willfully abrogates its responsibility to protect its citizens from harm and to secure the future for generations to come, it has failed in its most essential duty of stewardship. The ‘social contract’ has been broken, and it is therefore not only our right, but our moral duty to bypass the government’s inaction and flagrant dereliction of duty, and to rebel to defend life itself.”

Eradicating FPTP, the system that has allowed successive federal governments, Conservative and Liberal, to abrogate their responsibility to protect our citizens from harm and secure the future for generations to come, is our right and our moral duty.

I’ll not defend the deceit, duplicity, corruption and decay that FPTP has visited on our country.

As a Green Party supporter, I am an ardent supporter of some form of proportional representation. I expect it will do two things. First it will allow Green Party members a fair representation in the legislature commensurate with their actual support. Second it will encourage Green Party supporters to vote for their party instead of sacrificing their vote for a supposed strategic advantage. I've been cajoled by the NDP to abandon my party for the "greater good" that's never particularly great or good.

This has nothing to do with you blog. However, what is thought about the following....https://youtu.be/THG8VTeEfUM Anyong.


Let me put it this way, Anyong. I can't recall the last time I saw that many straw men lined up and knocked down. Believe what you like. Whoever threw that together, and they were skillful, know that some people will fall for anything, especially if it appeals to their emotions. Great way to circumvent facts.

One of the constants in the universe is politicians and political parties will sell out their principles, their constituents and their souls for the chance at power. That is a simple fact regardless of what method is used to elect them. To assume that PR voting methods would automatically lead to accelerated action to combat climate change and global warming is rather naive.

That's incredibly naive, Ottlib. A method of voting devised for a two-party reality is not just as democratic as a system of voting for a multi-party reality. That's how a two-party voting system almost guarantees false majority government in which less than two out of five voters decide who will "rule" - not govern, but rule - over the nation for a term in office.

Democracy is based on the informed consent of the electorate. That consent does not exist in a false majority government.

Trudeau got his false majority and he won it on the strength of a bucket of campaign lies - First Nations consultation, 'social licence,' electoral reform, purging the corrupt National Energy Board. By saying what voters needed to hear he took under 40 per cent of the vote and then, once installed, he wasted no time in breaking one solemn election promise after another. That's "ruling," not governing and it's an abuse of democracy.

So, Ottlib, your arguments are empty.

One popular argument for retaining FPTP is that fringe parties such as Neo Nazis and such will have a chance to gain seats with PRep.
I argue that having P Rep will let us see those fringe parties ; they will not be hidden as they re now within our mainstream political parties.
Jason Kenny comes to mind with his Nazi supporters!

It's a weak argument, scaremongering actually.

That's why the Nazi's have figured out their best path to any kind of power is by infiltrating existing main stream right wing parties.

Looks like another polarized electoral-reform referendum has bitten the dust.

Why would ranked ballots not even be on the goddamn ballot? It's a moderate form of electoral reform. It just ensures representatives are elected with a majority of the vote. I.e., democratically. You'd think the people should have the right to vote for it.

But of course, this is Canada. People don't have the right to vote for anything. Like the former Soviet Union, elections are just for show.

I bet the Fake News media is really working its magic in BC.

I remember back in 2007 when the "progressive" Star waged a war on a fake PR referendum in ON. (60% win threshold with no for/against campaign.)

Then in 2016 they also killed Trudeau's attempt to legislate ranked ballots directly (or some form of compromise - which the Dippers had no interest in.) They said ranked ballots were "DOA" because they would put the Liberals in power for all eternity! (I kid you not!)

Some detractors of any type of PR are convinced that we’re better off with majority government, even when it’s false. Others on both sides of the question don’t realize that minority governments and coalitions will be a frequent result once we’ve made the move away from FPTP.

"once we’ve made the move away from FPTP."

But who knows when that will be? The Electoral Reform Society in Britain has been bungling electoral reform since 1890! Fair Vote Canada still has another century before they don't realize they have no idea what they're doing!

1:15...I did not fall for it at all. I'm a very polite person unless severely provoked. Anyong