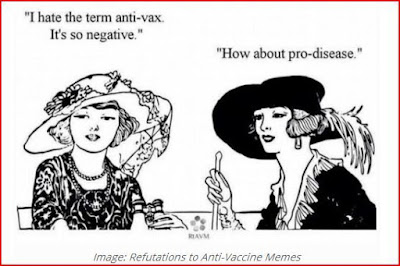 They rely on scare tactics and conspiracy theories and they're making dangerous inroads, often from anecdotal accounts spread through social media. Now we're figuring out the cost in lives for their success.


Measles cases around the world surged 31% from 2016 to 2017, according to a new report jointly published by the World Health Organization and the US Centers for Disease Control and Prevention.

Measles outbreaks occurred in all regions, WHO said, because of gaps in vaccine coverage. There were an estimated 110,000 deaths due to measles in 2017.

"Since 2016, measles incidence has increased globally and in five of the six WHO regions," the report says, although this was in part because more countries reported on the virus.

The Western Pacific Region, which includes countries such as Australia and Japan, was the only region to report a decrease in cases from 2016 to 2017. It's also the only region to achieve and sustain 95% or greater coverage of the first dose of the measles vaccine since 2006.

Measles, a viral illness, can be prevented through two doses of a vaccine, and measles vaccination prevented an estimated 21.1 million deaths from 2000 to 2017, according to the report.

This is one contagion we can't blame on knuckle-dragging, mouth-breathing, right wingers. It's largely the work of our own kind, the anti-science type identified years ago by Carl Sagan.

It's a conundrum. Do the anti-vaxxers have the right to reject vaccination for their children? If so, should they have the right to keep those kids out of our schools and public facilities and perhaps set up their own schools for their pre-teen carriers?

Collective memory is very short. Young parents today have no concept at all of the ravages of childhood diseases. They should have seen my mother boiling dishes, sheets and clothing when measles, mumps, scarlet fever or diphtheria were around. I remember our house being quarantined and the notice tacked to the front door. In '51 my best friend got polio. If there was anything to scare the begeezus out of parents it was polio. Know what an iron lung looks like? Ever see one in use?

The anti-vax crowd is maliciously stupid.

"maliciously stupid" - that sums it up, Toby.

Here's the problem: This and a lot of other really stupid ideas are enabled to spread because of a failure of trust in the media. But there is a failure of trust in the media because it really lies to us about a lot of things, such as whether there is actually any kind of controversy about climate change. Some of those things involve dangerous pharmaceutical products, some of which kill a lot of people (Vioxx, I see estimates in the 40-50,000 range)--and it takes years before research and anecdotal reports, gradually rising to critical mass, finally force some of these products to be recalled and someone to get a slap on the wrist.

If the media didn't lie to us we would have fewer moronic conspiracy theories whose truth would require the media to be lying to us. I would argue that media carrying water for, among others, big pharma, bears a lot of responsibility for the viability of the anti-vaxxer ideas. Like, if they were right, how obvious would the difference be to most people? Much of the media would be saying exactly the same stuff they're saying anyway.
It's like when a cop shoots someone. Sometimes it's murder. Often maybe they're justified, or at least not actively indulging in malfeasance by current prescribed standards for police behaviour. But you can't tell which by listening to the cop or the cops' PR people, because they will say the same stuff either way. So if someone mistakenly thinks a totally justified use of force was actually a murder, it's understandable--what are they supposed to do, believe the cops?

(Incidentally, on corporate malfeasance and corruption, a note of the difference between the US and China. Vioxx resulted in no criminal charges, no prison sentences, no fines to any individual, and nothing done to the company that it couldn't chalk up as cost of doing business, after having killed tens of thousands. In China when they had that melamine milk scandal, there were dozens of arrests, the GM of the company was sentenced to death, ministers and high level Communist Party muckety-mucks resigned or were stripped of all official status, the company was so badly damaged that it's in the process of being broken up for spare parts. China is a corrupt hypercapitalist undemocratic oligarchy, and yet still manages to be less of all those things when it counts than the supposedly democratic US. To quote the worst American statesman to date, "sad.")