Tall Tales From the Oil Patch 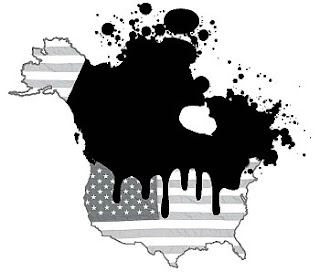 Even out here on the Pacific it's not hard to hear the squeals emanating from Athabasca and the Calgary Petroleum Club. The Tar Sands are in trouble. Actually the Tar Sands are just fine. It's the operators and their political minions that are feeling the heat of bad, bad, bad markets and a bargain basement resource.

The financial papers and the rightwing media are howling with demands for assistance. What they're really after is more government subsidies. More handouts.

The opening lines of a piece in today's Calgary Herald put it succinctly:

There's a glut of oil on world markets driving prices down. So, when it comes to the filthiest, highest carbon, ersatz oil on the planet that never attracts more than junk oil prices, the solution is government subsidies and pipelines to carry ever more of what the market doesn't want. Makes sense, doesn't it?

Premier Rachel Notley is discussing a series of steps to remedy the plight of Alberta heavy crude, which sold for less than US$18 a barrel on Tuesday. The light oil blend Edmonton par sold for less than half of U.S. benchmark prices, according to data from Net Energy.

On Monday, the premier announced a team of three envoys will sit down with energy company executives to come up with options to tackle the crisis.

They will have to grapple with the divisive idea of government curtailing oil output as some producers call for the province to take such steps.

...In the 2017 federal budget, the Trudeau government altered tax treatment that allowed petroleum producers to deduct all expenses from discovery oil and gas wells in one year — something that’s available in the United States — moving Canada’s oilpatch instead to a 30-per-cent annual deduction rate.

“We are competing for capital with the U.S., as well as other jurisdictions,“ said Tim McMillan, head of the Canadian Association of Petroleum Producers.

“This has been something that has helped drive investment into the U.S., at the expense of Canada.”

All of these issues — rail, tax treatment and resource upgrading — will help, but ultimately they don’t get to the heart of the matter: Canada needed more pipelines years ago and Ottawa didn’t deliver.

What's missing from the Calgary Herald op-ed and from the woe is me reports in the rightwing media is any mention of the real problem, the one south of the border. Bitumen simply can't compete with the glut of cheap, conventional oil out of the US. The title of Scott Barlow's piece in today's Globe captures bitumen's predicament.


Texas holds the 'worst nightmare' for OPEC and Alberta.

Bloomberg’s Javier Blas is among the best media sources on the energy sector but today he doesn’t have good news for investors in the sector,

“The map lays out OPEC’s nightmare in graphic form. An infestation of dots, thousands of them, represent oil wells in the Permian basin of West Texas and a slice of New Mexico. In less than a decade, U.S. companies have drilled 114,000. Many of them would turn a profit even with crude prices as low as $30 a barrel … August saw the largest annual increase in U.S. oil production in 98 years, according to government data. The American energy industry added, in crude and other oil liquids, nearly 3 million barrels, roughly the equivalent of what Kuwait pumps, than it did in the same month last year.’

“Texas Is About to Create OPEC's Worst Nightmare” – Blas, Bloomberg

“Oil bounces above $63 after slide, but glut worries persist” – Reuters

This factor seems to be overlooked in the screams and howls for more government-financed pipelines, more government royalty and tax deferrals, in order to pump junk tar onto glutted world markets. You'll not find that mentioned in the National Post, the Calgary Herald or the Financial Post.

If you find it impossible to believe that the Tar Sands are perched on a platform of outright lies and government incompetence, I'd recommend you read Dave Climenhaga's post on Andrew Nikiforuk's address to the Parkland Institute's annual conference.


...oversupplying a global market that doesn’t need more oilsands bitumen will only lower prices, argued the author and journalist who has written about Alberta’s energy industry for three decades. “That’s Economics 101.”

Instead, the Notley Government has adopted an energy development policy little different from that of preceding Conservative governments or the United Conservative Party Opposition, Mr. Nikiforuk asserted, arguing that such an approach is more likely to intensify the province’s economic pain than ease it.

Shielding the industry from market forces through rock bottom royalties that effectively act as subsidies and using pipelines to create a supply glut of low-quality refinery feedstock is incompetent governance, whether it’s done by New Democrats or Conservatives, Mr. Nikiforuk said.

...Mr. Nikiforuk said rock bottom royalties – the policy of the Klein Government perpetuated ever since, most recently by the Notley Government’s 2015 royalty review – essentially subsidizes industry profits, especially those of corporations with their own refining capacity elsewhere. At the same time, it does little for the economy. He said the policy also leaves taxpayers holding the bag for the inevitable clean up – estimated by one credible analysis to be over $260 billion.

As for the claim more pipelines will result in a narrower price differential thanks to new markets in Asia for Alberta bitumen, Mr. Nikiforuk said, that is a pipe dream that defies the laws of economics.

Never mind, he said, that the single study saying this, done for Kinder Morgan Inc. as a sales pitch when it was the Trans Mountain Pipeline Expansion Project’s sole proponent – and now apparently taken as gospel by the provincial and federal governments alike – “is bogus.”

it is like we live in different worlds when it comes to oil and fossil fuels, Mound. The bad news about climate change is conveniently filtered out by Notley, Trudeau, et al., while the tales of economic woe proliferate, ignoring the inevitable folly of trying to keep a dying industry alive.


I suppose it is no surprise that, as the
Tar Sands profitability evaporates, Big Oil and it's media backers will howl ever louder for government to ease their pain.

There are, as you write, two realities. One has room for all the facts, the other has space for only a few cherry picked claims.

.. well Mound.. this topic (reality) is where politics, petroleum producers & mainstream media piss on our legs and tell us its raining. Again & again & again n amen. You've heard me barking up this tree for quite a while.. but to me its critical to see and hear the conflation of 'oil' terms, pricing & differentials, benchmarks & ludicrous propaganda cleaned up or called out & more cleanup after. All three entities are guilty in their own self serving, needy, careless, lazy or truly dangerous way.. and they have a huge head start, a huge cushion.. to get away with absolute murder or stupidity.

Climenhaga, Nikiforuk et al.. and others such as Andrew Leach, a professor of Energy Policy at U of A.. are exemplars.. and if ms Notely had her shit in one bag, she could get real and lead Alberta out of the Harper 'Energy Superpower' hoax into contemporary reality..

Some are trying for votes, some out of sheer greed, and some out of sheer sloppy laziness.. we can pin the tail on the respective failures with blindfolds on.. so why don't 99.9999 lf Canadians 'get it' ? Food for thought.. a humungous challenge for the salamander, or your self.. or others who are so concerned we've informed ourselves. I try to ensure I also inform myself re wild salmon, polar bears, orca, boreal caribou, herring, shellfish, wolves, bears.. but maybe I should be studying the parasitic species such as political animals, toxic & sloppy media and runaway polluters & resource extractors.. and I suppose the greedy financiers & carpetbaggers..

My first & unpublished novel is about orca & those who would trap them for sale to asian aquarium brokers. The sequel underway is about fracking, tar sands and related 'tidewater' exports .. I comment constantly.. Tweet like crazy.. and the current nonsense drives me crazy


Sal, do let me have a peek at the latest.

The most important line in the Herold article about Alberta setting up a committee to look at the future of the oil industry was Notelys admission that the only real solution was for Alberta to refine all its oil as the only long term solution. She admitted that there are few medium term options and no short term solutions.

.. will provide 'peek' - no prob, Mound. Though not right away. Is there another route works for you outside the Comments ? Email or.. ? tod1951@hotmail.com works for me. No rush, the latest (a sequel to Diamond Walker called Hunter Walker) .. after starting high in the Afghan mountain passes with a US military sniper.. there is his radical ingress - jumping to BC and quickly on to Banff. I am now redrafting scenes swinging protaganists back toward the west coast.. As I resume on this sequel, certain protaganists will become very involved and active re pipelines, drilling, Great Bear, Kitimaat, Powell River & on to Pacific Rim National Park area are all in play.. yes there are liquid gas supertankers, frackers, dilbit pipelines involved.. but wild species are in play - 4 legged, airborne, finned and 2 legged etc.. The beauty of fiction novels based on reality is.. how truth is so often wilder than fiction. BTW - are you up on the Orca researcher, Dr Paul Spong ? based up on the northeast tip of your island.. And the impending NEB appraisal of that 'Nation Building' northern BC pipeline to proposed (Kwispaa LNG) gas liquefaction plant & supertanker port, at Sarita Bay, south of Port Alberni ? I mentioned it in a comment a few weeks back. End result is one loaded supertanker exiting daily and an arrival transit of an empty supertanker daily. The liquid gas clientel is a mystery.. presumably there will be mucho tugboats and another astonishingly vast pipeline infrastructure buildup from NorthEast BC angling down to Powell River, diving under the Salish Sea, erupting somewhere on Vancouver Island and transiting the island down to Canada's most southwestern point. Are they out of their gourds stupid ? Maybe the supertankers can cruise in concert with those that left Kitimaat.. voyage together in harmony to somewhereville

Those who proclaim the beauty of the market are having a hard time reading its signals.

Whoa! You mean providing more pipelines (KM eg.) is a solution for reducing the glut of oil to the market? Wouldn't it just increase the glut and reduce the profit?
Oh, Royalties! I get it. In MY wallet.