Global Warming Has Been Setting a Trap For Us Since the Early 1900s. 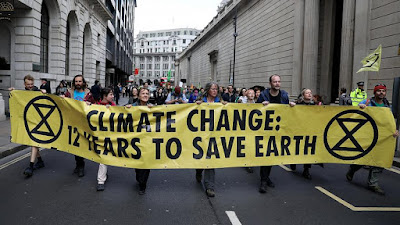 New research shows that global warming has been transforming our soil since the early 1900's. The NASA-Columbia University study itself is available here.

Global warming has been fueling droughts since the early 20th Century, when soils started drying out at the same time across parts of North and Central America, Eurasia, Australia and the Mediterranean, new research shows.

The researchers say the surprising early-century findings provide the clearest signal yet that human-caused greenhouse gas emissions are changing the hydroclimate in ways that can devastate agriculture, health and livelihoods.

... in the first half of the 20th Century, something different was starting to happen. Soil moisture decreased across all those areas at the same time — a nearly unmistakable sign that it was driven by rising global temperatures, the study's authors said.

The drying went through a hiatus from 1950 to 1975 due to another man-made phenomenon - aerosols. Then we realized we were going to destroy the ozone layer and life on Earth.... oh dear.

But now the drying is back and it's back big time.


Many of the areas expected to dry out as the planet continues to warm are centers of agricultural production, and some could become permanently arid. "The human consequences of this, particularly drying over large parts of North America and Eurasia, will likely be severe," the authors wrote.

But Eastern Canada is going to remain wet, really, really wet, just like it is right now. Just don't tell Kenney or Moe what's coming. Hell, they brought it on themselves.

The study concludes that this signal is “likely to grow stronger in the next several decades,” adding that the “human consequences of this, particularly drying over large parts of North America and Eurasia, are likely to be severe.”

I know, let's tell them it's a plot by Trudeau and those damned Liberals to turn their provinces into a lifeless wasteland.

Guess what we can do to make Alberta's future even more hellish? Keep burning them fossil fuels, that's what. Oh well, those knuckle-dragging, mouth-breathers wouldn't have it any other way.
Posted by The Mound of Sound at 1:05 PM

There will come a day when people in cities like Vancouver will rue the day that all that arable Fraser Valley soil was covered with suburban sprawl.

And the Peace River farmland covered by a damn lake.

There will come a day when people everywhere will rue the day that all that arable Fraser Valley soil was covered with sea water.

Get your future waterfront real estate now: at Hope and the north end of Harrison Lake.