When All That Held You Together was Graft 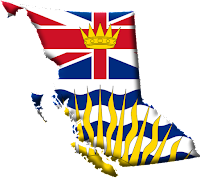 They earned a richly deserved reputation for corruption and venality on a scale that would make Grant Devine envious. Christy Clark's BCL government even made the pages of the New York Times not once but twice for its fondness for dirty money and shady deals.  Clark's policy on bitumen pipelines and supertankers 'evolved' with every cheque from the Calgary Petroleum Club. Scandals abounded such as BC Hydro and BC Rail and more - much, much more.

The BC Liberals, like their SoCred predecessors, were not always a cohesive bunch. They were mainly a loose gaggle of miscreants defined largely by the fact they weren't New Democrats. It seemed that graft was the glue that held them together. That's one of those perks you lose when you're out of power.

Today the BC Liberals are beginning to fracture. It's a social conservative thing - abortion.


It’s a tough time for the BC Liberals.

A devastating report on money laundering left former Liberal governments looking incompetent, or much worse, for failing to act as a tidal wave of crime enriched the party’s big donors and hurt ordinary British Columbians.

Former premier Gordon Campbell did it from 1993 to 2010. Former MLA Bill Bennett offered an inside look at the process when he was fired as a cabinet minister in 2010. Being in Campbell’s caucus was to submit to battered wife syndrome, he said. Preventing internal rifts is the most important task for any Liberal leader. In a two-party race, the centre-right coalition starts every campaign with a big advantage over the NDP.

The Liberals are far from splitting. But the decision by MLAs Rich Coleman and Laurie Throness to jump into the abortion debate — and make trouble for Wilkinson — shows there are cracks in the coalition.
Both spoke at an anti-abortion rally on the legislature steps. Coleman told the crowd he was praying for them.

“There really are things in our society we have to stand up for,” he said. “The fact that somebody wants to do things with the right to life at the end of life, or the right to life at the beginning of life, is totally, totally wrong for me.” (Coleman later noted he didn’t use the word abortion, a distinction without a difference, and claimed his religious freedom was under attack.)

Throness unequivocally staked out a position at the extreme end of the anti-abortion campaign. “I’m pro-life because it’s a matter of faith and natural law, that life is sacred from conception until natural death,” he told about 100 people who attended the march.

Our democracy would be stronger if politicians were free to discuss their own policy views even when they differ from the positions of their parties. (Watch Sean Holman’s documentary Whipped to see the damage done by the required slavish devotion to the party line.)

But the abortion debate isn’t a policy discussion. It’s mainly an attempt to impose one group’s religious views on society, as Coleman and Throness confirmed in their speeches.

...Liberal leader Andrew Wilkinson took [the position that the debate is settled] after Coleman and Throness spoke. “Our position as a party has not changed in that we support a woman’s right to choose,” he tweeted rather tersely, without saying why he felt it necessary to share that information.

But two powerful MLAs had just said they believed the Liberal position was not just wrong, but immoral.

So when two prominent Liberal MLAs say to many of the people sharing the tent the party is wrong on an issue they believe is vitally important, things get complicated — especially for the leader.

.. following the debris trail of shameless Christy Clark, Rich Coleman is ridiculous.. Hall of Shame, astonishing sellouts and champions of greed.. they just wallowed in the trough, crawled or slithered in.. slathered in graft & grift.. their trail obscured and obstructed by delays, denial, and missing public record and information. Astonishing !

Too true.
The BC Rail affair was a tough act to follow ; but Christy almost equaled it!

For (POCO Mayor Brad) West, a young first-term mayor on a mission, the answer is a public inquiry.

“There have been devastating consequences for people,” he said. “We’ve had thousands of people die from fentanyl while the drug dealers made billions. Their blood money was washed clean in our real estate market, pricing people out of homes in their own communities.

“It’s all connected. It’s systemic corruption and systemic failure. You need a public inquiry to determine how it happened, why it happened and how to prevent it from happening again.”

Their blood money was washed clean in our real estate market, pricing people out of homes in their own communities.

The BC Liberals are a party of real estate and have been since Gordon Campbell.

I think Mayor West's call for a public enquiry into money-laundering is timely. The SocRed-Libs have been a scourge of corruption on this province and we've paid dearly for electing them.

It's 'way beyond timely and way overdue. Laila Yuile (bless her soul) has been calling for one for five years now, to no avail. Ignoring it is going to cost Horgan his job.

There may be a fear that truly clamping down on this crap would crash the RE market, causing loss of equity. This is recessional, meaning a drop in GDP, which is Govt's biggest terror. It's basically a kind of giant ponzi IMO.

I was reading "Laurie Throness" and thinking, "Huh, a woman"--then scrolled down to the picture and of course no, another white male telling women what to do.