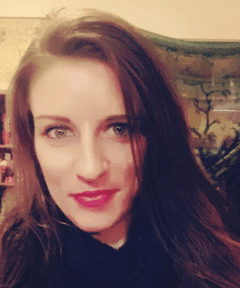 Caroline Orr will be bringing her scientific expertise to the National Observer just in time to shine a bright light on those who seek to manipulate our federal elections.

Feminist. Behavioral scientist. Journalist. Caroline Orr studies disinformation, psychological warfare, and the extremes of human behaviour and will be writing about it for you.

Orr will be joining National Observer’s team as part of the Election Integrity Reporting Project. Orr is a social scientist recognized internationally for her expertise on bots, propaganda and online information warfare.

She brings prodigious experience to the job. After a decade in academia conducting and publishing scientific research across a broad range of topics related to human behaviour and psychology, Orr turned her focus to misinformation, disinformation, and social media manipulation, which she has studied and written about for over two years as an academic researcher and as a journalist.

...“Caroline Orr is a leader in the field of investigating disinformation and exposing who is behind it and I am thrilled she is joining us,” National Observer editor-in-chief Linda Solomon Wood said today. “For years now, she has been monitoring – and revealing – the bots, trolls and manipulative algorithms that are poisoning our online conversations.

"In terms of Russian and other foreign interference, I would frame Canada as the next in line, following successful election interference in the United States and the U.K.” says @RVAwonk

As a journalist with a background in science, Orr says she has always placed a high value on transparency, accountability, and factual, evidence-based reporting, "which is one of the many reasons I value ​National Observer’​s approach to journalism."

"When I first started reporting on misinformation and disinformation in the U.S., I was among a small group of people who recognized the systemic nature and gravity of the problem, which was both challenging and exciting, as it presented an opportunity to shape the future of the field. Within a relatively short amount of time, I had established myself as both a pioneer and as a reliable source of accurate reporting in this area."


To better understand what Ms. Orr does and why it matters, check out this interview from 2017 published by National Observer. It's really interesting.
Posted by The Mound of Sound at 6:53 PM

.. remember when I pimped The Fifth Risk to you ?? DATA .. I stumbled upon Ms Orr via Twitter a little ways back.. when I had stsrted getting hooked by that Michael Lewis book (as with all of his books) FYI - the salamander horde on Twitter is at approx 30,000 posts, last I noticed.. How many posts have we read or muted ?

My point today is - I would assume.. nay - bet 5 dollars that Ms Orr can or already has.. reverse engineered to discover and/or interpret what's in the Voter Databases of the so called 'conservatives' and the so called 'Liberals' .. the big laugh being the names of said 'electoral databases' .. 'NationBuilder' I believe is the vaunted Harper era 'black ops' collection of data. I am also interested in the people, contracts, spaces etc etc etc of these democracy smothering tools & processes.

Angry ? Little old me ? Still dragging around the wounds from Harper's black ops operators back in the year of the Great Election Fraud ?? Je Me Souviens.. I will never forget.. and the subsequent coverup - manipulation of the administrator access logs.. But hell, it was ONLY some 250 ridings directly impacted by live and robo calling. A little old 'vote moving' - thrown in was an advance dash of gerrymandering.. and you have just an inkling or a winkling of The Harper / Novak scumbaggery and fuckery..

So yes yes yes.. bring on Ms Orr.. lets find out exactly what's in those voter databases.. a lot of it comes from Elections Canada.. but what else is in there eh? From whom (the data) - how ? The money and/or processes and services ? The 'tasking' - the scope of operation.. the ongoing funding, the hardware, the reports, the subcontractor's names... the whole shebang.. the 'verifiable results'.. any relationships to MainMedia ? Any relationships - symbiosis with Big Corporations ? Brown paper bags stuffed with cash ??

.. this link is an article from 2015 - light years back.. politically..
Its actually a pretty polite analysis.. ie the terms like 'fuckery' not used
https://ipolitics.ca/2015/09/01/theyre-spying-on-you-how-party-databases-put-your-privacy-at-risk/