I'm Glad This Week is About Over 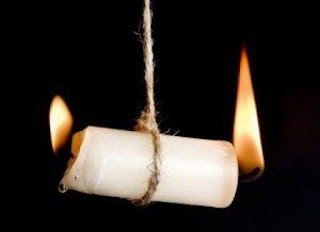 This has been an unusually stressful week on the climate/environment front. Don't worry, it'll be back at full bore on Monday morning but at least there's the weekend (I hope) to chill out.

The week began with anxious wondering if Jeremy Corbyn's Labour Party would table a motion for a declaration that the UK is in a climate change national emergency and how Parliament would respond.

On Monday came news of a poll of 100,000 Europeans that found climate change as their first priority, outdistancing the economy, migration, and everything else.

That same day, news of a report from the US EPA advising communities how best to cope with worsening destruction from climate change - everything from "debris streams" from ruined buildings, to how to recycle building materials and how to dispose of hazmat stuff such as asbestos.

On Tuesday there was encouraging news that two-thirds of Britons realized they were already in a climate emergency and three-quarters said they would vote for whatever party was best positioned to "protect the planet."

Canadian Press quoted the prime minister, responding to the flooding in Ottawa and Quebec, by saying "we will have to have significant reflections and conversations on how we move forward," a perfect WTF?? moment.

In Britain again, a Labour MP asked the thorny question "Why are taxpayers subsidising the oil and gas companies that are jeopardizing our future?" Too bad that question is taboo in our House of Commons.

The Weather Network released the second of its three part series, "2X Faster: Canada's Weather Future in a Changing Climate." It even features a bleating commentary from our EnviroMin, Dame Cathy McKenna.

On Wednesday, a NASA-Columbia University study discovered, through examining tree rings, that global warming has been ushering in an era of sustained drought since the turn of the 20th century.  This was disrupted from 1950 to 1975 thanks to a beneficial side effect of ozone-layer destroying aerosols but now it's back at full bore. The petro-provinces - tomorrow's barren wastelands.

The biggest news on Wednesday came from the House of Commons in Westminster where MPs overwhelmingly endorsed Labour's motion for a declaration that the UK was in a national climate emergency. Meanwhile, in Canada, Morneau was crowing about fracked gas and how the latest LNG venture shows that, when it comes to climate destroying carbon fuels, Canada can and will deliver.  Trudeau, meanwhile, begged Jason Kenney, offering to look the other way on certain Tar Sands emissions if Kenney would pretend to uphold Notley's deal on a carbon cap.

And then the hammer dropped today with a sneak preview at a report to be released on Monday warning that a million species, our own very much included, are at risk of imminent extinction due to our carbon crisis and rapacious over-consumption of natural resources. What distinguishes this report from so many others is its scope. This isn't something that future generations will have to endure. It's your generation too. You. This is mass extinction and it's not decades off. It could be just a matter of years, possibly one decade.

Finally I closed the week out with an op-ed written by David Suzuki a few days back warning that, when your life is at stake, don't count on your federal government to protect you.  If there's going to be any heavy lifting required, we'll have to see to it ourselves.

I don't remember a week as simultaneously tumultuous, inspiring, dispiriting and terrifying as this one. We've had highs and we've had terrible lows. What will next week bring?

Enjoy your rest, Mound. You have been doing an exemplary job of keeping us informed, but sometimes it just gets to be too much to both cover and take in, doesn't it? If the weather permits, savor nature this weekend.

The week began with anxious wondering if Jeremy Corbyn's Labour Party would table a motion for a declaration that the UK is in a climate change national emergency and how Parliament would respond.

A welcome relief and diversion from Brexit yes?

Politicians don't give a fuck about climate change because they know that at the end of the day voters will vote for cheap beer,low taxes and exclusion of minorities.
Add to that they would have to do a Kennedy and ask..
Ask not what the country( insert world) can do for you , ask what you can do for your country( again insert world).
Just how far will that get you in re election??


Thanks, Lorne. Barring some sort of natural Armageddon, I'm going to kick back.


TB, I so wish I could say your cynicism is displaced. It's not. You're right.

I have listen to BBC radio all weekend. So much for Canada.