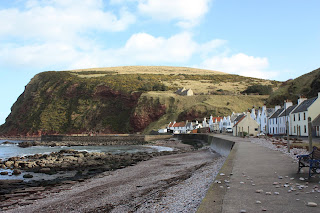 
Francesca Osowska, chief executive of Scottish Natural Heritage, said the world had barely a decade to shift to a low carbon economy before the effects of global heating were irreversible and catastrophic. She said there were very clear threats facing Scotland, and by implication the rest of the UK, unless radical action was taken by 2030.

“Imagine an apocalypse – polluted waters; drained and eroding peatlands; coastal towns and villages deserted in the wake of rising sea level and coastal erosion; massive areas of forestry afflicted by disease; a dearth of people in rural areas; and no birdsong,” she told the Royal Society of Edinburgh on Thursday evening.

The fact is she's right. That is probably what's in store for Scotland and a lot of other nations if we don't meet our duty to cut greenhouse gas emissions by half by 2030 and establish net-carbon free economies and societies by 2050.

Newfoundland is being affected by Climate Failure as well. The Premier of the Province doesn't seem to care though. It never mentioned. Anyong


Newfoundland is definitely going in Harm's Way, Anyong. In this era of "everyday low taxes" challenges such as climate change get kicked down the road.