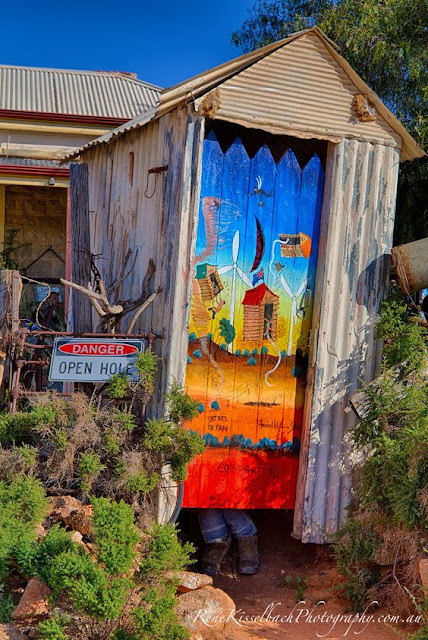 Now I'm going out on a limb here to suggest The Tyee isn't fond of the Conservative leader, Andrew 'The Private Sector Months' Scheer.

Today's episode explores how so many Conservatives are bedeviled trying to figure out how the 'summer help' ever became their leader.


If you are still trying to understand why Scheer is this close to being our next PM, so are a lot of Conservatives, left scratching their heads over how he became their leader.

It’s perhaps inevitable that any right-wing leadership contest held in 2017 would be conducted in the fetid shadow of President Donald J. Trump. Following his 2016 U.S. election victory, many Canadians assured themselves that this country was different, not likely to respond to a campaign of equal parts boorish insult, contempt for law and democracy, religious intolerance, and not-really-concealed racism. Yet it was clear that at least some of the candidates running to replace Stephen Harper as Conservative leader were intent on testing that belief.

The long and short of the column is that the Tories went through a strenuous and unpleasant process churning the full-to-overflowing dunny until, almost overcome by the fumes, one turd emerged at the surface - Andrew Scheer. And Hercules thought he had it tough cleaning the Augean Stables.

Sent to the bottom were such stalwarts as O'Leary, Leitch, Trost, Raitt, Clement, Chong, and, of course, Bernier. Scheer had one strategic advantage, stealth.


While O’Leary mouthed off on every newscast and Leitch threw bombs all day, few were likely to think of Scheer as radical, if they thought of him at all.

But even as Leitch courted the right-wing vote at full volume, Scheer was working the same terrain more quietly. He signalled his support for the anti-abortion Campaign Life Coalition. He cited as an inspiration Canadian-born Texas senator Ted Cruz, a supporter of Trump’s border wall who wants to abolish his country’s federal education department and tax collection agency. Scheer was similarly admiring of Senator Jim DeMint, who has favoured a ban not only on gay schoolteachers but also any unmarried women “sleeping with their boyfriends.”

Denizens of the dunny fare best when they keep their mouths shut.


While privately reaching out to anti-abortion groups like Campaign Life Coalition and securing second-choice status among Trost voters, Scheer was not as vocal about his own position. As Trost put it later: “Andrew doesn’t want to be talking about [abortion], but if he was clear about this issue he probably would never have won the Conservative leadership.”

How Scheer put the boot to Maxime.


Postmedia’s Terence Corcoran, a Bernier supporter, is one of many observers who believe the Conservative convention was transformed into a land of milk and treachery. Corcoran insists Bernier was sunk by opposition from the dairy industry who saw him as a threat to supply management. Corcoran claims “fake Conservatives” recruited by dairy interests signed up to defeat the Quebec favourite.

Combined with voting irregularities (chiefly a final-ballot gap of 7,466 between the number of votes cast and the announced result — Scheer’s margin of victory was 7,049), the result left many participants with a sour taste.

At any rate, the disappointing loss caused Bernier to spiral out of the Conservative orbit like a rogue planet, albeit one paranoid about invading aliens. He has since founded the People’s Party of Canada and made it his personal mission to make Kellie Leitch sound like Mr. Rogers.

And Scheer? He has since gone about introducing himself to the Canadian public as a man of deeply held, extremely conservative convictions, which he frequently promises not to act upon.

With one or two exceptions this party has been serving up as potential leaders of the country nothing but cartoon characters ever since MacKay first tugged on Harper's fly zipper. Setting aside for future consideration an evaluation of the achievement of the Liberals' very own cartoon character, the success of the CRAP Party says more about the quality of the opposition than it does about them.

The man is thoroughly unimpressive. But, from where I sit, so is the whole party.

It is good the Tyee (and you) are reminding folks about this.

The fact that the CONs destroyed their own god damned ballots immediately speaks for itself.
That milquetoast Andy plus Max Berdbrain got 100% of the CON activists tells just who they are.
That one quarter of the people (outside the oil producing regions) can still vote for the garbage-candidates that the CON activists pick, means they are not paying attention.

(I also skipped the 'debate'* but got all the 'highlights' on Twitter,)
Trudeau: "Mr. Bernier, your role on this stage tonight seems to be to say publicly what Mr. Scheer thinks privately,"

May's "We pray you don't get another majority" was cute ...

I really liked Singh's "You don't have to choose Mr. Delay or Mr. Deny"
Jagmeet is growing into a good leader.

Singh really did impress at the debate, he even got some major well deserved kudos from the delay and deny over his handling of the grotesque Quebec 21 and dealing with stupid racists on the campaign trail. Hope it's not to late to turn this performance into some real numbers, but he's dealing with a dull, uninspired and an electorate expecting more of the same. If we didn't have so many distractions, he may have been able to come from behind and at least form the opposition.

The main thing that puzzles me about Canadian politics is the lack of female leadership candidates. I though Rona Ambrose could have lead the Conservatives to a healthy majority but they instead chose Dumber over Dumb in a pathetic leadership contest. Trudeau has definitely lost his shine and will struggle to hold onto power. May, has failed to develop the Green party past its one issue status, Climate Change may be the number one issue but it's not the only one.

At present, for me Singh deserves my vote and I will put my X on the local NDP candidate.

I'm with you WB. The insipid showing of the two 'leading parties' leaves me no other choice. For once I won't be voting against someone but instead, for someone. I hope he manages to make opposition.

If I thought that my local Green candidate had the best chance of keeping the CRAP Party guy out, he'd have my vote. He doesn't. But I'm sure he'll manage to score some votes that otherwise would have gone to the NDP incumbent. I respect those voters' right and dedication to conscience in making that choice however ill-informed.

I am struck, after the Harper shenanigans with voter manipulation, campaign funding etc. etc ... that no one has connected the dots with the Scheer leadership voting hijinks and the Kenney leadership ... well Kamikaze candidate, etc. etc. and fines and investigations still ongoing?

Winning the leadership for Kenney was basically a free ticket to becoming the Premier.

Anyone see a pattern here?

I would not go so far as to say that sort of approach to politics is absent in any of the other political parties but I doubt they are pure as the driven snow by comparison.

Long ago when the Maclean's web site had active discussion and debate including contributions in comment from Paul Wells, Kady O'Malley, Andrew Wherry and Potter and etc. I did comment that if political parties continue to treat elections as marketing exercises, and as data mining and analysis become more precise . . . that we are doomed to a political landscape fractured by pandering to tiny targeted marketing segments. I think we can see that in full bloom now.

Where is Peter Lougheed's vision, Pierre Trudeau's intellect, Rene Levesque's passion and the honorable profession of winning elections based on campaigning to the province, or the nation as a whole?

Oh. Suddenly I realise . . . that was the naivety of my youth. Being at university in Alberta in those days I often voted Rhino as the real race in any Alberta riding is over before it begins. I think a lot of Grampas and Grammas are going going to join the kids and vote Green. Futile as it may be.

When we are young - me being a product of the sixties - there is a certain je ne sais qua about riding to the sound of trumpets, storming the barricades with pitchforks and torches ...and now I am going to do it again in my 70's. Silly me. laugh

The Green party is certainly not in a position to form government but, they do have a grand purpose. And it's a worthy one. Their voice needs to heard in parliament. Loudly.

Ack. Edit to above:

My apologies to both.

I should proof-read this nonsense before I punt it! eep