What's the Plan When the Bubble Bursts? 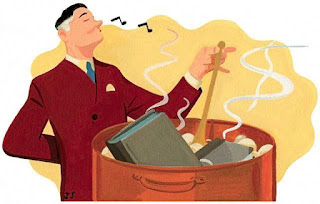 Most didn't notice the report of the International Monetary Fund that found that Canada subsidizes the wealthiest industry in the world, fossil energy, to the tune of $60 billion per year, a figure that's steadily growing.

The Trudeau government admits that it subsidizes the wealthiest of the wealthy at a paltry $2.5 billion per year. That's not true. Ask the Auditor General.


A new 2019 report by Canada’s Auditor General reveals government’s review of such subsidies is “incomplete and not rigorous,” is “not based on all relevant and reliable information” and “did not consider economic, social and environmental sustainability over the long term.”

The AG, like the IMF, knows that the government is cooking the books. They both know that subsidies must include the value of every unearned benefit afforded the industry. Once you add in everything the government keeps off the books the subsidy swells from $2.5 billion to $60 billion.  That's $1,650 for every man, woman and child in Canada, a tidy $8,250 for a family of five.

Much of Canada's largesse doesn't arrive at the Calgary Petroleum Club via armoured car. Much of it comes in the form of ridiculously low royalties, tax concessions and deferrals, access to natural resources for well under market value and sometimes free. It's peanuts. 200 million here, a billion or two there, but eventually it adds up. Before you know it, you're doling out $60 billion a year.

Let's look at one source of the Great Canadian Giveaway, the Athabasca tailing ponds. A leaked Alberta government report suggests it could cost upwards of a quarter Trillion dollars to clean up that mess. Look at it this way. The bitumen associated with that liability is long gone, most of it out of the country. The revenue, the profit has been had and long disbursed. The asset is gone Gee, I wonder if those foreign oil companies held back the money they need to clean up those tailing ponds? What's your guess?

Nicholas Stern, Mark Carney and others have been warning that we're sitting on a massive 'carbon bubble.' The Day of Reckoning is not far off when we'll have to choose between humanity or fossil fuels. The smart money isn't betting on bitumen.


Norway’s municipal employees pension fund, the country’s largest, has sold its last remaining stakes in companies with operations in Canada’s oilsands, saying holding them does not align with efforts to keep global heating below internationally agreed-upon targets.

The fund, Kommunal Landspensjonskasse (KLP), last year dumped stocks that drew more than 30 per cent of their revenue from oilsands operations, but on Monday said they can no longer tolerate even those that have five per cent exposure.


There’s oil and then there’s oil, says Norway’s Statoil, which is pitched in a race to develop the cleanest crude as countries wean themselves off fossil fuels.

While the world will need oil and gas for decades to come, Statoil’s Chief Executive Eldar Saetre expects that many oil deposits will never be tapped as increasingly discerning consumers will demand only the lowest-polluting crude.

“A lot of fossil fuels will have to stay in the ground, coal obviously … but you will also see oil and gas being left in the ground, that is natural,” Saetre told Reuters in an interview in London.

“At Statoil we are not pursuing certain types of resources, we are not exploring for heavy oil or investing in oilsands. It is really about accessing the most carbon-efficient barrels.”

This post, however, isn't about predicting when the Sword of Damocles suspended over Athabasca will drop. It's about what happens next.  Do we send envoys to Texas and Washington and Calgary demanding hundreds of billions of dollars? What do we do if they say no, seize their now valueless bitumen assets? Or do we just treat those tailing ponds as the world's biggest Love Canal, visible to the naked eye from space? Maybe we'll do what we've been doing all along - kicking that environmental mega-disaster down the road in a game of Parliamentary musical chairs.

Both the NDP and the Greens are playing a typical political-game as both are talking about "use CDN ff" first strategy. Politically realistic positions.

I love this part of your post here
"Norway’s Statoil, which is pitched in a race to develop the cleanest crude as countries wean themselves off fossil fuels. "

Surely the cleanest ff vs the nationality of the source (let alone ownership thereof) should be the deciding factor as to what to burn as we transition to a sustainable future.

Bitumen and fracked gas/oil do not make the grade.

None of the parties have 'realistic plans' in response to the climate emergency.


Look on the bright side. A couple of weeks and this miserable ordeal will be over. It will either be the school marm or the summer help.