A Case to Answer 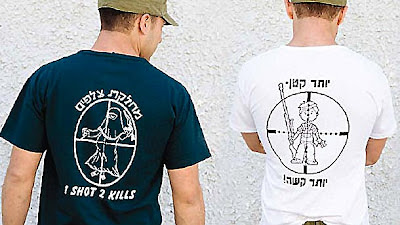 The Guardian has reported on a 3-week investigation into war crimes during the assault on Gaza. It would be rash to conclude, based on the reporters' accounts, that Israel committed the alleged crimes and the Israeli military flatly denies each and every allegation. However these reports don't stand alone. They're also corroborated by reports coming in from the United Nations, the Red Cross and numerous humanitarian organizations. Worse yet, they're consistent with statements now coming out from Israeli soldiers who took part in the attacks.

These accounts, from such diverse sources - Palestinian, Israeli and neutral - warrant a formal investigation or inquiry. Unfortunately that would have to be ordered by the UN Security Council and subject to veto by the United States.

Will the Canadian government call for such an investigation? Will the leader of the Official Opposition? What do you think? I think they would like to pretend this never happened.

Read the story and watch the three video reports here:

http://www.guardian.co.uk/world/2009/mar/23/israel-gaza-war-crimes-guardian
Posted by The Mound of Sound at 9:06 AM

I think they would like to pretend this never happened.
Yup down the memory hole...