Women Are "Too Diabolical" to Vote 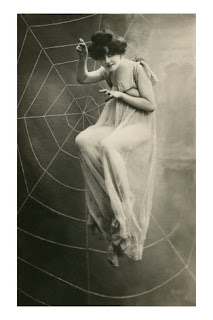 “Our country might have been better off if it was still just men voting. There is nothing worse than a bunch of mean, hateful women. They are diabolical in how [they] can skewer a person.  I do not see that in men. The whole time I worked, I'd much rather have a male boss than a female boss. Double-minded, you never can trust them.”

Asked about what part of the Tea Party platform would appeal to minorities, [conservative talk show host and former Nation of Islam member, Kim] Wade said, “Our position on charter schools is incoherent as black people. We're sitting up here watching our kids be destroyed because our leadership says we're supposed to dislike private schools because they were born out of segregation.”

Lane, the female Tea Party leader, came out strongly against reproductive rights as well. “I do not agree with the federal government supporting killing a preborn human. A child is a child from the moment of conception,” she said.

How can you possibly heal a terminally divided nation that has a sizeable population that thinks like these women?

I'm not a huge Obama fan but in contrast to those who have taken over the GOP, I hope to the high heavens that Romney doesn't win.

A country divided indeed. Maybe we'll see a US Civil War II in our lifetime :-(

What is really weird is that a woman is insisting that women shouldn't be listened to.
So....
Why should we listen to what she has to say?
I really hate it when folk deny the philosophical position that they they say we should take with their opening statement. It makes them look like idiots.

B.Y. - over the past few days I have given a bit of thought to your idea of a second Civil War. If it occurs it will probably be a class war. On Bill Moyer's show "Plutocracy Rising" the panelists discussed what is now called "capture." This describes how money now captures political influence, essentially insinuating itself between the elected and the public, thereby hijacking government.

It's hard to see many other ways that sentient Americans can reclaim their democracy than outright revolt.