Duffy Has Taken Everybody Off the Hook 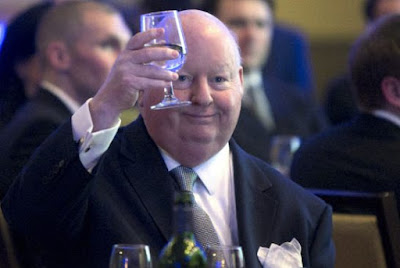 Pamela Wallin got her early Christmas gift yesterday. Today Mac Harb found his under the tree. Nobody - nobody else - is getting prosecuted in the Senate expenses scandal.

The RCMP and the Ontario Crown seems to have lost their appetite for political show trials after getting their ass handed to them by the Cavendish Cottager, Prince Edward Island's very own senator Mike Duffy.

They went into that one loaded for bear. 31-charges, everything including the kitchen sink. Imagine the judge ruling that the wrongdoer wasn't the guy they hauled up before him but the guys who told them to charge him. Hmm, oooh, burn. Sizzle.

Charges of fraud and breach of trust have been dropped against former senator Mac Harb, a Liberal appointee and central figure in the Senate expense scandal whose housing expenses were deemed unjustifiable by the upper chamber.

One month after the sensational acquittal of Sen. Mike Duffy, prosecutors made it official Friday that Harb, 62, would not face a criminal trial because the Crown did not see a reasonable prospect of conviction.

Well, maybe it's too early to say "nobody" is facing prosecution. There's still badboy Tory senator Patrick Brazzeau but, really, how would that look. All the white dudes walk and First Nations Brazzeau gets thrown into the prisoners' dock. Oh no, no, no.