Where is Anonymous Now That We Need Them? 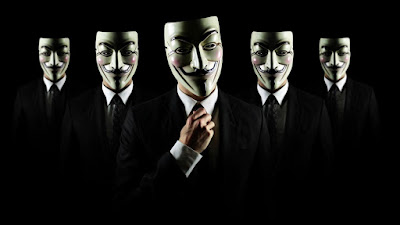 Cyber vigilantes Anonymous need to get busy. They need to take down the web site of United Gun Group.

UGG has stepped in to conduct the online auction of the automatic pistol George Zimmerman used to execute Trayvon Martin.

The online website, Gun Broker, initially had the weapon for sale but took the listing down when the owners realized what was going on.

In a statement on Facebook, United Gun Group says that their stance is that as long as Mr Zimmerman "is obeying the letter of the law, his personal firearm sale will be permitted on our network."

Todd Underwood, who owns United Gun Group, confirmed the listing and told theWashington Post that "I don't support it, I don't condone it, I don't have anything against it. It's his property, it's his decision."
And, as for that asshole, Zimmerman, he says he'll use the proceeds of the sale  "to 'fight' the Black Lives Matter movement and oppose Democrat Hillary Clinton's presidential campaign."

Tried two web pages for United Gun Group. They seem to be down. Wonder what that's about?  Ah, you know what they say; live by the gun, die by the gun.
Posted by The Mound of Sound at 2:47 PM

Zimmerman is a disgusting excuse of a human being, and his desperation for money is of his own making. I don't for a second believe he would use it for any cause...except his own comfort.
and So yeah the guy must have fallen on hard times:P As really who wants to have him as staff:P
But yeah he called his gun a piece of American History. What an ego-maniacal nutjob:(

Either the site is under DDOS attack, or the whole world wants to see the listing - either way, site is down.

the site was being inundated with fake bids for that atrocious gun. The bids were at 65 million before it was pulled, but it was with inflated fake bids from trolls, lol ( who im sure were hoping to disrupt this stupid horrible process)