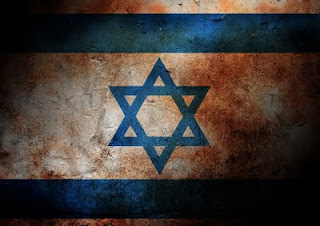 Slick is not going to want to hear this. After pointlessly backing the Tory motion to censure the BDS, Boycott/Divest/Sanction movement aimed at fighting back against Israeli persecution of its Palestinian captives, Israel's defence minister leaves Justin looking like a chump.

Israel's defence minister resigned Friday, saying extremists had taken over the country, after he clashed with Prime Minister Benjamin Netanyahu over the army's handling of a wave of Palestinian violence.

Moshe Yaalon said he no longer had any trust in Netanyahu after the hawkish premier offered his post to a hardliner loathed by the Palestinians, in a bid to expand the governing coalition's majority.

The surprise move by the respected former armed forces chief follows a series of disputes over the military's values and role in society between ministers in Netanyahu's government and top generals backed by Yaalon.

Yaalon's resignation came two days after former foreign minister Avigdor Lieberman said he could bring his far-right Yisrael Beitenu party into Netanyahu's governing coalition if a number of conditions were met, including his being named defence minister.

Netanyahu's right-wing Likud party pressed talks with Yisrael Beitenu on Friday on the terms of a deal to boost the coalition's wafer-thin majority in parliament.

Yaalon's resignation does not take effect for two days and, hours after it was announced, he warned in a broadcast address of a rising tide of extremism in the ruling Likud party and the country as a whole.

"Extremist and dangerous elements have taken over Israel and the Likud and are threatening (society)," he said in Hebrew.

Yeah I clocked that.