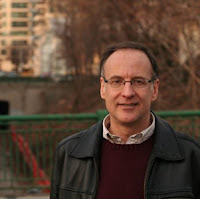 My hat is off to Liberal MP Rob Oliphant who has announced he won't support the Trudeau government's watered down bill on medically assisted death.

Oliphant, who chaired the committee that examined the issue, says Bill C-14 doesn't meet the ruling of the Supreme Court of Canada in the Carter case. He said the Trudeau government's feeble compromise does not meet the concerns of his constituents nor his own conscience.

It is a tough issue, no question, but, true to form, Trudeau buckled at the first opportunity.

Oliphant's views mirror the criticisms leveled by legal campaigner, B.C. lawyer Joe Arvay, who appeared before the justice committee last week.
Posted by The Mound of Sound at 4:08 PM

It's so rare to see principle demonstrated so clearly in our political life.

Of course his political career may have just been shortened.


I hope he's not deemed "unreliable" Dana. That would resonate among the darkest suspicions I have of Trudeau.

Sadly I think that's precisely what will happen to him and we will never hear from him again until he announces his intention not to run in the next election.

Unless this legislation finds its way to the Supremes and he is called before them against the wishes of the government counsel.

Let's get down to brass tacks here. Trudeau is a devote Roman Catholic and in that case is going to dilly-dally regarding the ethical procedure regarding assisted death. From A

As well, a lot like the evangelicals I'd say.