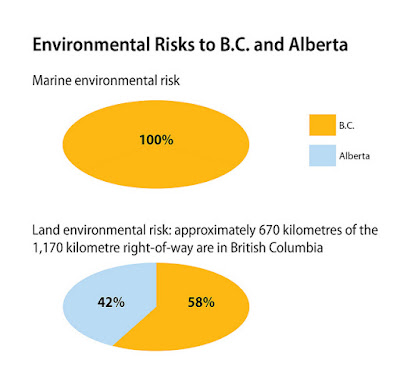 We know when it comes to hazmat pipelines running across British Columbia, Trudeau is dealing from the bottom of the deck. The NDP's Nathan Cullen aptly summed it up:

Federal Liberal cabinet ministers stickhandled around accusations of breaking election campaign promises on Tuesday, as they were pressed by media and opposition members of Parliament about pipeline projects in Western Canada.

The two major pipelines in play, Kinder Morgan's Trans Mountain expansion and the Enbridge Northern Gateway pipeline, both involved meaty promises from Prime Minister Trudeau during the election campaign — first, that he would fix a flawed federal review process for new energy projects, and second, that hewould stop Northern Gateway.

But with rumours suggesting that the Enbridge pipeline may yet live, Environment and Climate Change Minister Catherine McKenna declined to give a straight answer on whether the government had changed its mind:

"Transport Minister Garneau is looking at ensuring marine safety, which is really key," she told National Observer after a discussion about climate change with high school students in Vancouver. "The prime minister has also been very clear about Northern Gateway — it’s not appropriate that it goes through the Great Bear Rainforest."

Garneau should get himself into a small boat and go out onto the Hecate in one of its Biblical storms. Then he'll learn all he will need to know about "marine safety" and Trudeau will be able to find himself a new transport minister.

All these new Lib cabinet ministers are Apprentice Grade. They lack experience and commonsense yet preen at their new titles while showing few signs of intellectual capability. Kind of like all the tinpot provincial premiers - useless.

You'd have thought that Garneau might have been a bit more intelligent, but nah. Freeland spent $20K of our money to drop in on the world's weirdest man with a TV show, Bill Maher, because hey, she used to be a semi-regular on the show three, four years ago - she's completely taken with herself and free trade deals and benny the yahoo! McKenna seems to lack any confidence whatsoever to do anything, completely lacking imagination. Hehr is still going after veteran overpayments on the same court case as the ReformaCons, what a dork he is.

I could go on with the rest of these losers, but why bother? It's amateur hour on Parliament Hill/Cabinet Table at the moment and they might actually get better with age. I know it's a stretch, but hope springs eternal and all that waffle.


Agreed, Anon. They're not distinguishing themselves, any of them, including Junior. Pretty disappointing. Even old hands like Dion are coming across poorly although that may be a reflection of the flaws in the cabinet leadership.

Harper was devoid of vision. His old pal, Tom Flanagan, said that Harper positively eschewed the idea of vision. We lived under that for a "lost decade." I had thought Trudeau would bring vision but he's not shown that requisite intellectual capacity. He could turn out to be a complete dud or, worse, the poorest Liberal prime minister in Canada's history.