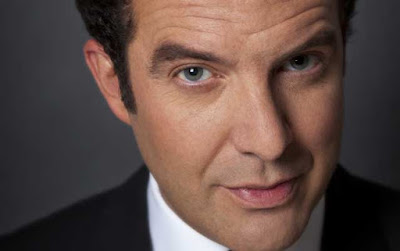 Ah, the long weekend! Or, as they apparently now call it in Ontario, the May 2-4 weekend in tribute to the stalwart people of that province who innately understand that a case of beer, a real case of beer, is four six-packs all nestled inside one cardboard box. On this weekend the rest of Canada salutes you.

This is a non-news weekend. There's stuff going on but no one much cares. That's a good thing, I suppose. Good for the blood pressure, for sure. It's a weekend for relaxation and even a bit of reflection.

I took a few minutes to reflect on the week that was and, of course, visions of Ruth Ellen Brosseau drifted by. And then I got it. WWRMS? What Would Rick Mercer Say about this bone crushing affair, this affront to Canadian womanhood? We'll have to wait and see but I'm guessing he'll have some amusing insights on offer.

Then it dawned on me. I know the very person I'd want to hear from, Mississauga's legendary ex-mayor, Hazel McCallion. What's Hazel's take on this business? 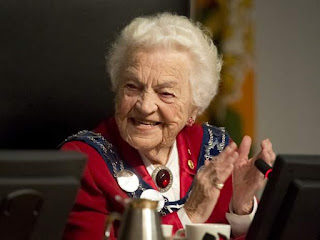 Then it got even better. REMATCH! Three, three-minute rounds of wrestling, Greco-Roman, the sort where Trudeau could get "hit in the nuts." Rick Mercer officiating. Hazel McCallion on the bell. Patrick Brazeau as Brousseau's cornerman. In Trudeau's corner, Stephan Dion doing, as usual, as he's damn well told. Rex Murphy offering colour commentary. Wouldn't you pay a buck and a quarter to watch that on pay per view?

See, there you go. Now you've got something to look forward to. Happy Victoria Day.

Can we all please just leave this silly affair - full of self-inflicted wounds on all sides - alone?
Inside baseball is very entertaining & diverting.
Nuff said.

Hell no, there's too much fun still to be had in this.

Leave out Rex Murphy and I'm in, Mound.

Some folks will try to make this last until summer officially arrives and -- given that this weekend marks the unofficial beginning of summer -- we'll see how long it lasts, Mound.