Oh, It's In Scientific American. Now Is It Okay? 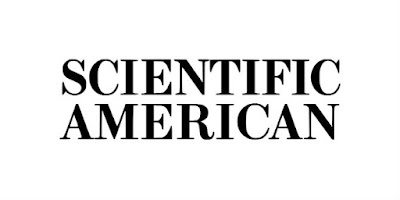 Until now anyone looking to avoid a shitstorm was advised not to link the Fort McMurray fire to climate change. Given the whole Fort Mac/Tar Sands/bitumen/dilbit/pipeline/supertanker angle it wasn't polite to bring up the role that anthropogenic global warming, the sort of thing that casts fossil fuels as villain, might have played in the devastating fire.

Okay, just so we're clear, you're getting the word from a magazine, an American magazine, so American it has American in its name, "Scientific American." There, see.

The article's title pretty much gives it away. "Catastrophic Canadian Wildfire Is a Sign of Destruction to Come."

"The intense wildfire that has forced thousands of people to evacuate Fort McMurray and surrounding areas in Alberta arrived early in the wildfire season, fueled by hot, windy weather. Scientists say big fires will ignite sooner and sooner in the year in the western U.S. and Canada as the snow pack continues to dwindle during warmer winters or dries out sooner during warmer springs, leaving terrain parched for more weeks of the year. In the American West a 1-degree Celsius rise in average temperature could increase the annual acreage burned by up to 600 percent in certain regions."

Yes, and sorry to say but the industry that built Fort Mac into a city of 80,000 is a source of significant emissions of greenhouse gases that drive the climate change that played a role in the city's devastation.

Fortunately Canada has a federal government that is pledged to following science in all of its policies and planning which logically explains why it's so keen on ramping up production, transport and export of the highest carbon synthetic oil on the planet, Athabasca bitumen. I'll bet that prime ministerial heartthrob, Justin Trudeau,  must have the most amazing science, real Donald Trump-grade stuff, backing him up on this decision. Maybe he'll share it with us. Maybe not.
Posted by The Mound of Sound at 2:20 PM

For years now, we've heard about forest fires and drought being caused by climate change ... in Australia.
Why is such a political s!*t storm when it's brought up here?
Because our politicians are juvenile delinquents funded by the oil business and our media props them up.


I expect you're entirely correct, Anon.

@ Bill - very interesting. Many thanks for the link. The comments were fascinating, especially Rex Murphy's. He revealed a remarkably disingenuous bias, especially his ongoing attachment to the now thoroughly debunked "climategate" scandal. The problem confronting a person of some intellect clinging to a blatantly false hypothesis is that it keeps getting more difficult to hang on. It's more draining and I wonder if Murphy's mind must not snap at some point. Until I read his obsessive, dogged commentary I did not fully appreciate how intellectually invested he is in his untenable view.

I found it interesting when someone refuted his claim that contrarian scientists could get no funding for their research by pointing out that the fossil energy giants would literally pour money on such types, Murphy retreated, claiming his "sweetie" had arrived and he had to leave - only in short order he returned, just not to the problem he had so gracelessly dodged.

BTW, I received your comment by email but Blogger hasn't yet posted it. I'm not sure what that's about.