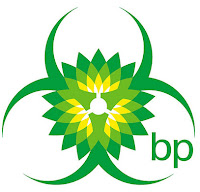 Global consumption of fossil fuels - oil and coal - rebounded last year. It's enough that fossil energy giant, BP, called it "a big step backwards" and warned that the world may be on course to miss the already paltry goals of the Paris Climate Summit.

The renewed upward march of global carbon emissions is worrying and a big step backwards in the fight against climate change, according to BP.

Emissions rose 1.6% in 2017 after flatlining for the previous three years, which the British oil firm said was a reminder the world was not on track to hit the goals of the Paris climate deal.

Renewable power generation grew by 17% last year, led by wind and followed by what BP called “stunning” growth in solar.

But strong economic growth led to above-average energy demand, coal use bounced back in China and efficiency gains slowed down, causing emissions to jump, the company’s annual statistical review of world energy found.

That should be music to Justin Trudeau's bitumen-clogged ears. Misery loves company and he already has Canada on course to miss our emission cut targets. Besides, if China is going back to coal again, they're going to love our bitumen.

That's very depressing news, Mound. We really seem intent on doing ourselves in.


It seems that way, Owen. It's hard not to conclude that we're already being overtaken by events.

This is where Donald J. Trump saves the world.

With his vision of an international trading regime based on Fair Trade, not only can Western trade blocs use social tariffs to force oligarchs to pay workers higher wages to eliminate trade imbalances. They can also force oligarchs to clean up their environmental acts with green tariffs.

I've been waiting on Fair Trade my whole life, watching neoconservatives and neoliberals take a wrecking ball to the economy decade after decade. Never would've imagined that a game-show-host would bring it to the world!


Trump has no real interest in fair trade. That's a fantasy of your choosing. He's larding the pantry of the elite and leaving the bill to the blue and white collar working class. Yet the Gullibillies just take it up the arse and smile in appreciation.