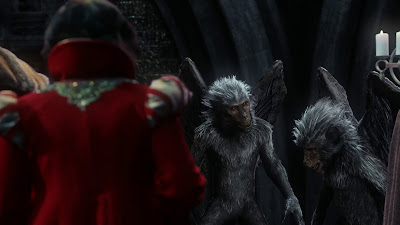 They were only supposed to say good things.

America's ambassador to the UN, Nikki Haley, has unloaded both barrels on a report criticizing Donald Trump for worsening the plight of Americans living in poverty.

Haley, the former Republican governor of South Carolina, said she was “deeply disappointed” that the UN special rapporteur on extreme poverty and human rights, Philip Alston, had “categorically misstated the progress the United States has made in addressing poverty … in [his] biased reporting”. She added that in her view that “it is patently ridiculous for the United Nations to examine poverty in America” – which prompted puzzlement as Alston carried out his investigation at the formal invitation of the Trump administration.

[Bernie] Sanders on Thursday issued a further response to Haley’s attack on the UN rapporteur. The 2016 runner-up for the Democratic presidential nomination agreed with Haley that Burundi and the Democratic Republic Congo faced far worse problems, but pointedly remarked that America’s poverty was taking place “in the richest country in the history of the world and a time when wealth and income inequality is worse than at any time since the 1920s”.

Sanders said it was appropriate for the UN to focus on America, given that 40 million people in the US still live in poverty, more than 30 million have no health insurance, and 40% of Americans cannot afford $400 in an emergency.

“I hope you will agree that in a nation in which the top three people own more wealth than the bottom half, we can and must do much better than that,” Sanders said.

The sharpness of tone in Haley’s criticisms of the UN rapporteur raises questions about whether the timing of the Trump administration’s decision to quit the UN human rights council was motivated in part by irritation over Alston’s decision to put his spotlight on American inequality.

Sounds like the current crop of U.S. "leaders" (in the clinical sense, that is) are engaged in some sort of vendetta against transparency and the universal concept of equitable.

When national arrogance reaches this level (how dare you criticize me?) we know things have spun wildly out of control, Mound.


At first I was impressed with Haley as she became governor. Since joining Trump, however, she's become rigidly doctrinaire, almost North Korean in her fealty. She now comes across as very hard, bitter and vengeant. She's leaving a pretty disastrous impression on the world community of Trump's America.