Washington State Rallies to British Columbia's Side on Trans Mountain 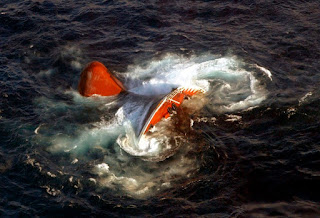 There's a reason some of us like our cousins to the immediate south better than we like provinces east of the Rockies.


Mr. Inslee is the reason that there are not more tankers in the water.

Washington State already boasts one of the lowest oil-spill rates in the United States and under the Democratic Governor, regulations have been tightened around the transportation of oil, including a tax on pipelines to help pay for increased safety measures. His administration is battling the Trump administration to stop expanded offshore oil drilling.

In February, Mr. Inslee killed what would have been the United States’ largest oil-by-rail terminal by denying the project a permit. In the language used by B.C. Premier John Horgan to describe the pipeline expansion, Mr. Inslee said the environmental and public-health risks outweighed the benefits of the terminal project.

Now, the Government of Canada has committed to buy the pipeline infrastructure to ensure completion of a project that will mean Canada will replace the United States as the largest source of oil-tanker traffic in the shared waters of the Salish Sea.

Mr. Inslee has been kept in the loop about Canada’s actions by officials in Mr. Horgan’s office.

Since Mr. Horgan’s NDP government took power in B.C. last summer, the Premier and Mr. Inslee have forged a strong north-south relationship that is offering Mr. Horgan a rare ally on the pipeline battle.

United by the rallying cry of protecting the coast, the two jurisdictions have been in talks to ensure that, if Alberta follows through on the threat to cut off fuel shipments to B.C. consumers, Washington State suppliers could fill the gap. Before sending off his opinion piece on the Trudeau pipeline purchase, Mr. Inslee’s office consulted with the Premier’s office about the latest developments.

“This project runs counter to everything our state is doing to fight climate change, protect our endangered southern resident killer whales and protect communities from the risks associated with increased fossil-fuel transportation − by rail and by sea,” Mr. Inslee wrote.

Opposition from Washington State to the Kinder Morgan pipeline project is not new. In 2014, the state’s Department of Ecology made a submission to Canada’s National Energy Board hearings on the project, arguing that the project threatens Washington State’s marine waters and aquatic life.

“Canadian and provincial prevention, preparedness, and response standards are less stringent than U.S. and Washington State standards, and will not adequately protect shared waters from the risks associated with project-related tanker traffic,” the submission stated.


Hmm, I wonder if Justin would allow British Columbia to impose a Washington-state style tax on his pipeline and its contents so that we can implement Washington state's preparedness and response standards? You know, something a lot better than the Potemkin oil spill response Dame Cathy has in store, including Corexit.  I'm kinda thinking he won't hear of it. Just as he won't hear of refining that shit in Alberta to eliminate most of the debris, toxins, heavy metals and carcinogens that make dilbit so much more persistent and dangerous than refined oil.

No, the only way Canada and Alberta and the rest of the country can pretend to be making a dime out of dilbit is if they unload all the risk and contamination on British Columbia. And, if British Columbians gripe about this federal mugging, they'll just have to understand that, out west, getting screwed is in their "national interest."
Posted by The Mound of Sound at 11:02 AM

The geography of BC runs north-south. It has more in common with Washington, Oregon and the Alaskan Panhandle than with the rest of Canada. Ole MacDonald had to make lots of promises to BC to entice it to join Canada. I wonder if anyone east of the Rockies remembers those promises.