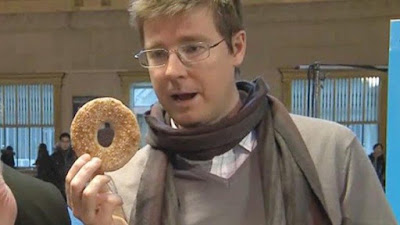 And he seems like such a nice, thoughtful young man. Perhaps not.


Britain’s biggest asset manager wants to remove the chairmen of the board at eight companies worldwide, which it says have failed to confront the threats posed by climate change.

Legal & General Investment Management, the fund arm of insurer Legal & General (LGEN.L), has been among the most vocal asset managers on the topic, recently writing to some of the world’s top companies calling for more action.

One of LGIM's targets is Loblaw Companies and its CEO, Galen Weston. Loblaw says it was a mix-up in communications.


Loblaw said it believed LGIM was referring to a mid-May request for information about its environmental commitments to which it had yet to reply. The Canadian firm said it intended to do so, highlighting commitments including a detailed plan to reduce its carbon footprint by 30 percent by 2030.

With a longtime business relationship in the U.K you might want to look for family squabbles. It brought Steinbergs down when Sam died.

And then you might want to turn your ballcap around the right way and think a bit. Loblaws wasn't the only company Legal and General went after. Do you think that L&G top management has relatives in them all?

It holds shares in companies worldwide under asset management. It just happens to be British. Holding shares is not a traditional business relationship of buying and selling products or services. Canada Pension Plan tries to influence companies it holds shares in too and so does Ontario Teachers Pension. Big institutional investors do it all the time for various reasons, most not environmental.

But you knew that. Right? Ghost of Steinberg.