What Then Must We Do? Canada's Place Alongside the United States in Turbulent Times. 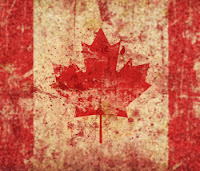 Even The Economist recently rated the US as a "flawed democracy."  That might have been overly generous. A paper released by Princeton in 2014 written by two professors, Gilens (Princeton) and Page (Northwestern), contrasted the voting record of Congress to the public will and reached the compelling conclusion that democracy had yielded to plutocracy in the American state. America's "bought and paid for" Congress had been "captured" by narrow, powerful interests and had ceased to serve the public interest. America was in the process of transforming into an oligarchy.

We watched as America's legislatures, state and federal, were captured. The telltale signs included the thwarting of campaign finance reform, the rise of a dominant corporate media cartel (think Sinclair Broadcasting) and the arrival of organizations such as ALEC, the American Legislative Exchange Council, where captured legislators made pilgrimage to be given industry-drafted bills to take back and pass into law.

This sort of big money corruption is gangrenous and, true to form, it quickly spread to regulatory capture where representatives of regulated industries come to control the quasi-judicial boards that regulate those same industries. Trump's poster boy for this is EPA head, Scott Pruitt, who is out to dismantle most environmental regulations.

A lot of the corruption-fueled decline in American democracy predates Donald Trump but the Mango Mussolini has been a powerful catalyst who may propel the United States into a new level of authoritarianism, possibly extending into outright fascism.

When it comes to global leadership, Trump spurns America's traditional allies but has revealed a preternatural affinity for tyrants including some of the most murderous. Trump sees the retreat of liberal democracy through much of the world and will not come to its aid or defence.

Trump has little time for America's vaunted system of checks and balances. He does not recognize three co-equal branches of government. He regularly attacks law enforcement and the judiciary. He is intent on contaminating the US Supreme Court by transforming it into a partisan political agency. Neither Congress nor the American people seem to realize that a partisan political Supreme Court cannot uphold justice in the land. The Rule of Law becomes meaningless. Trump insists that the Department of Justice works for him, not the nation. When impartiality is extinguished what remains is one party rule and when that is coupled with an imperial presidency you have one-man rule.


While the United States under Trump may not be an exact replica of Hitler’s Germany, the mobilizing ideas, policies, passions and ruthless social practices of fascism, wrapped in the flag and discourses of racial purity, ultra-nationalism and militarism, are at the center of power in the Trump administration.

When selected elements of history are suppressed and historical consciousness and memory no longer provide insights into the workings of repression, exploitation and resistance, people are easily trapped in forms of historical and social amnesia that limit their sense of perspective, their understanding of how power works and the ways in which the elements of fascism sustain themselves in different practices.

Before America's Electoral College handed Trump the presidency, several scholars who listened to his campaign rhetoric observed that Trump's vision of reforming the United States government strayed well into the extra-constitutional. Trump would have to go rogue, unconstitutional. To do that he would need to subdue or disable both the judicial and legislative branches of government. He's done a good job with House leader, Paul Ryan, and Senate leader, Mitch McConnell. With two, possibly even three more, Supreme Court vacancies in the near future, he can probably capture the already compromised judiciary also. Then it's just a matter of a Reichstag Fire.

These are problems that the American people will have to address. Perhaps they're willing to accept a post-democratic authoritarian government, strong man rule. That's their call.  Canadians, however, will be impacted by developments south of the 49th parallel perhaps more than ever in the history of our two nations.

We need to start considering how the decline of American democracy will alter the relationship between our nations; how it may impact us as individuals; whether we need to formulate some bottom line or red lines that will limit or regulate dealings between our countries. Are we at risk of succumbing to this American contagion? Should we be taking steps to rehabilitate and renew liberal democracy in Canada? Is democracy really all that secure in the True North or are we deluding ourselves? Can we afford this "open border" policy we once took such pride in? There are doubtless many issues we need to consider, questions we need to ask.

We're going to have to figure this out somehow. America is changing. It already has changed. It's not the beacon of democracy any more. To ignore that, to pretend that it's still Ozzie & Harriet and that the 2020 presidential elections will provide some magical reset button is delusional. Being next door neighbours leaves us uniquely exposed and vulnerable to this new America that seems intent on trying to forestall its decline by throwing out the rule books and exacting tribute from friend and adversary alike.

Churchill famously opined that America could always be counted on to do the right thing, after it had exhausted every other option. I wish that still held true. It doesn't. The right thing seems to have lost its currency in Washington.

This is as good a time as any to start talking among ourselves. We have a lot of catching up to do.

You and I have lived for roughly the same number of years, Mound, and I think I am safe in saying that what is unfolding is something neither of us could have ever imagined. It leaves me quite pessimistic for our collective future, given how insidiously these changes have come about. I doubt any country is truly immune from the disease currently consuming America.

.. a number of indy articles from Mound, yourself, Insights, Northern Reflections, Common Sense Canadian etc have led to some rethinks here in the flatlands.. I am left with the vague feeling, the dam upstream may have cracked when JFK was shot.. or in some ways, when Oswald was shot by Lloyd Ruby in a police station..

After Lyndon.. and the peanut farmer.. and bizarre era of Nixon and henchmen... I also wonder about the election of Ronald Reagan - movie actor, the Clinton 'that was not sex' blow job in the Oval office.. Obama a complete surprise.. and uh oh, here we are, a failed fraudulent pussy grabbin, serial liar 'wins' a Party nomination race over a bunch of sorry losers.. beats 'its my turn' Hillary Clinton & then surprise surprise takes key states, takes over the White House, golfs a lot & thinks he's the smartest guy in the room.. every single room.

Probably owned by Russian oligarchs (ie Putin) and of course captured by who funded his campaign (Kochs, Adelson et al) .. and we go right back to Nixon who was a smart guy, but allowed black ops and henchmen to become his legacy. So why not Trump. If you want a coup d'etat go after the military officer corps and rhe media.. tanks always help subdue the masses, then control the airfields and all other transportation.. suspend elections.. its the era of twitter.. threaten women, send them your dick pics.. or 'speak' to the masses online, so they can retweet

Where from or when cometh an exemplar on a dark horse with a lantern.. a new Party with no disease
A Revere or John Paul Jones.. with no axe to grind.. but an axe
A simple Johnny Appleseed or Paul Bunyon..
I would be stoked to see a young Mark Twain..
a teacher, a doctor, a truck driver, a logger
a nurse or a welder or biologist
But.. they will have to sweep the decks
Hey ! Serve two years ! Even that would help..
It will take that long to disinfect the White House anyway

Anschluss already happened.
It was the result of NAFTA, and now they want more!
NAFTA gave the USA the opportunity ,which they took, to buy Canada.

Anschluss was somewhat agreeable whilst we all prospered, but without it we would have still have done so.

That said unbaking the cake is almost an impossibility.
The Trump administration ( though not Trump himself) realise that with the USA controlling so much of Canadian business they have the upper hand in trade negotiations.
This is possibly why Trump is fixated upon our dairy and fowl and egg industries.
The other obvious one was Boeing's attack ( call it as it is) on Bombardier.
Every aviation in the world is subsidised in one way or another the USA having the biggest subsidies through military contracts.
For Canada to hang on to some level of self esteem is going to require a sea change from Canadians.
Now, do you want to save the CBC and Canadian content?


I was referring to anschluss in the real sense of the word, Trail Blazer.

Mound
You doubt the annexation of Canada?
Best I can tell the word is German for annexation.

TB, I don't consider economic integration the equivalent of political and social annexation. Sorry, I don't. We're not Austria in March, 1938 - not yet at least. That, however, is what we may have to confront at some point.

Trump is like some bad lovechild between Brezhnev and Yeltsin. Stagnation and ruin are sure to follow his leadership.

I'm just happy Trump's ineffective, but it's important to remember terrible leaders such as Yeltsin sometimes make way for effective but evil leaders like Putin.

As Trump "drains the swamps", what sick twisted reptiles are emerging? And how fast will these creatures make it into office once uncovered?

Thanks for the link Deacon Jester - all too relevant!

"PITY THE NATION" by Lawrence Ferlinghetti
(After Khalil Gibran)

Sort of side note: Just as Trump's championing of regulatory capture shows more continuity than rupture with previous US practice, Trump's "preternatural affinity for tyrants" is entirely in the US tradition. From Saudi Arabia to Honduras, from Egypt to Ethiopia, US foreign policy consistently prefers tyrants to democrats and has done so for many decades. Chomsky has pointed out that if you look at the top few recipients of US military aid in any given year you will always find vicious attacks on the civilian population--generally, the more aid the more violence. So for instance, Colombia has tended to get more aid than any other country in Latin America, to be used for its paramilitary death squads slaughtering peasants, trade unionists and so forth. And I'd say the US has consistently been far more likely to support coups against democratic rule than against autocratic rule.

The only time the US ever gets bothered by tyranny is if the tyrant decides they want an independent foreign or economic policy. But they're equally bothered by democracy in such cases--hence Venezuela, one of the most transparent democracies in the world, consistently portrayed as a dictatorship.

Your general thesis is well taken--this is just another example of Trump being more a culmination than a deviation in terms of US antidemocratic tendencies. Their long opposition to democracy worldwide might be said to be coming home to roost; if you don't like democracy anywhere else, how likely is it that you'll truly support it at home?