At Least They Gave Him a Warm, Safe Place to Die 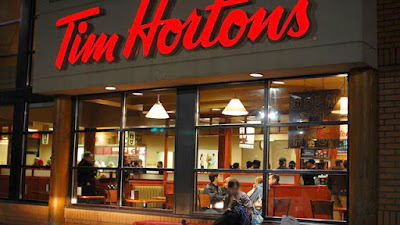 74-year old Ted spent the last hours of his life in his favourite seat inside the Tim Hortons on West Broadway in Vancouver.


In the city with the most expensive houses in Canada, 24-hour restaurants have become a means of survival for many people.

Advocates and experts say that Ted's death is an indictment of a system that has failed to provide shelter for the city's most vulnerable.

John Gingham, who sleeps outside the Tim Hortons every night and said he had been friends with Ted for 10 years, described him as a "good guy" who "loved his cigarettes and coffee."

"He'd talk. He'd joke around. He was friendly, right? If you didn't know him, he wouldn't say much to you," Gingham said.

"Fast-food places take the place of the shelters that we don't have," said longtime homeless advocate Judy Graves.

Graves knew Ted. She said he was struggling with extremely limited pensions to pay for both food and housing.

"Ted was all but living in that particular Tim Hortons. So he was there all the time, and I think people were just used to him, used to him being there, and used to ignoring him."

Graves said Ted knew he was close to the end, having been sick with cancer for some time.

It's wonderful that Tim Hortons was Ted's refuge, on his final day a warm, safe place to die. But in a city awash in wealth and high-end everything, it's also a disgrace.

Federal immigration laws have failed not just the homeless but Vancouverites generally going all the way back to Mulroney's "citizenship for cash" days. Trudeau's contribution has been to announce the opening of a network of new immigration offices in major cities across China. Because of the indifference and dereliction of people like Mulroney and Trudeau, young people, even with educations and what once were thought of as "good jobs" can no longer afford to live where they were born and brought up.
Posted by The Mound of Sound at 11:13 AM

Having said that, the import of your post is correct. It is a disgrace.


I'm sorry, Toby, but that's nonsense. The city collects its revenues from property assessments and from economic activity. Those forced to live in the burbs are not costing Vancouver a dime. To the contrary, Vancouver's hyper-costly real estate generates massive property taxes for the city. A house that used to be worth a couple of hundred thousand is now assessed for municipal taxation and other purposes at two or three million. Do the math.

I have a doctor, a thoracic surgeon, you can't find in Vancouver today because she didn't want to pay a massive mortgage burden for the remainder of her working life. She didn't want to compete with offshore money for a house.

As a viable city, Vancouver is being gutted. Shopping streets like Cambie and Main and Commercial are yielding to condo development. Areas that once provided housing for working class residents are now out of their reach. There's not one gas station any more in downtown Vancouver.

It's all in how you look at it, Mound. I've watched this debate for a very long time. Remember in 67 (IIRC) when NYC went broke? A city that handled probably more money than any other couldn't pay for its basic services. Much of the blame was laid at the feet of commuters.

I lived in a town of 5k that was surrounded by another 10k. Local infrastructure was constantly under pressure from those who did not live in town. It got so bad that many town services had to charge user fees to those from outside.

As to those forced to live in the burbs not costing Vancouver a dime, roads are an huge expense, not just in money but in space.

I've been making this short but there is a problem. However, this is a side issue. Whatever the reason, the wealth is not being properly shared.


The real problem, in my view, is dislocation. Even Gastown is gentrified. There's nothing for the marginalized in the burbs so they live in the only place where they can eke out an existence. The lucky get to die at a corner table in Tim Hortons. Beats dying in some alley, I suppose.

Even Gastown is gentrified..

The same goes for many BC towns and Cities.
The influx of well heeled Albertans has changed not only the demographics but the politics and ,more importantly, the social conscience of many areas of BC.
It's not just rich Asians screwing things up!


True enough, Trailblazer. Many places in BC ain't what they used to be.

The real problem is allowing non-residents to buy residential property. Few locals can compete with foreign criminals laundering money through real estate. The foreign money doesn't benefit the local economy since it sits idle in often unoccupied housing. Instead, it drives up local property prices while impoverishing the country it came from. It's bad all around and needs to stop.

Social Rank Fascism still rules the day in the annals of civilization.