"We've Run Out of Elections to Waste" - McKibben 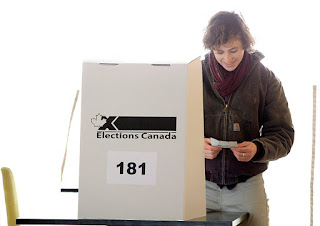 Bill McKibben has a warning - "We've run out of elections to waste - this is the last chance to make a difference on climate change."

McKibben, of 350.org, has been waging a war against climate change and the political caste that ignores it since his first book was published in 1989. Now he's written an urgent plea to Australians as they head to the polls.


I can say with confidence that if Australians want to play a serious role in fixing the greatest challenge we’ve ever faced, this may be about the last election where people retain enough leverage to make a real difference.

Global warming, after all, is a math problem: how quickly can we reverse the flow of carbon into the atmosphere? The Intergovernmental Panel on Climate Change, in its report last year, said that unless a fundamental transformation was fully underway by 2030, we stood no chance of meeting the targets the world set in the Paris climate accords. No matter what country you’re in, “fundamental transformations” don’t come overnight; if you want to dramatically trim carbon emissions in 2030, it means you better start in 2020.

That means that if Aussie politicians of all stripes are still passing around lumps of coal and fantasising about huge new coal mines, that’s not going to happen.

The good news is, if you want change, the timing couldn’t be better: the engineers have done their job so well that the cost of renewable energy just keeps falling. In much of the world it’s now the cheapest way to produce electrons (and that’s even without charging fossil fuel a penny for the damage it’s doing). That means we’re in a position to make truly fast strides in the right direction (especially those of us lucky enough to live on a continent washed by wind and bathed in the rays of the sun).

...A decade is an eternity in climate time now. We’ve wasted three decades since scientists first raised the warning – that’s guaranteed that we’ll have massive increases in temperature.It means we’ve run out of decades to waste, and hence of elections to waste. Every election matters – it registers who we are at a certain moment in history, and it sets the course of the next few years.

But this election will matter forever.

McKibben's warning should resonate with every Canadian who will vote in our federal elections in October.  Ours will also be an election that will matter forever. This year may be our last election where the Canadian rank and file, you and me, retain enough leverage to make a real difference.

Here's the thing. We've run out of elections to waste. So too have those who plead for our votes. When it comes to this issue, this existential threat, climate change, they've wasted three decades of elections ignoring the clear warning of science.

They'll waste this election too, if you let them. They will do no more than they absolutely must to win your vote. In fact, experience shows us, they'll do far less when the dust settles, after the votes are counted. Justin is long on promises and very short on action.

So, if you can't rely on them to do what is so critically necessary, don't vote for them. Why waste your vote in this, our most important election? Scheer and Trudeau between them will still get most of the votes. Whoever gets closest to 39 per cent of the vote will stand a good chance at winning an undemocratic, false majority virtually guaranteeing no meaningful action on climate change. Bump that down from 39 to 35 or 30 per cent and it's a different dynamic.So, no false majority. Minority government. Coalition government. Government that can no longer ignore the needs and security of the Canadian people.

This election is too critical to squander on empty campaign promises and weasel words.

It will take more than avoiding dictatorship because, should they be given any hold on the reins, as they bide their time the cons will comfortably revert to the tried-and-tested methods of the Harper Doctrine: Paralysis and Prorogation.