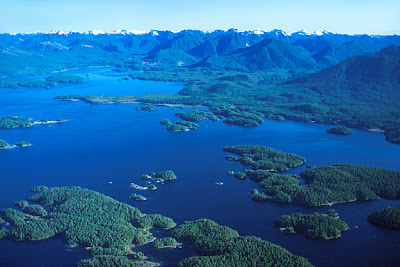 British Columbia's environment ministry knows that the west coast is unprepared for even a small oil spill.

Bureaucrats in BC`s environment ministry have warned that the province lacks the ability to respond to even a moderate oil spill -- let alone a big one.

They also say the requirements Transport Canada places on industry to deal with oil spills are perceived as woefully insufficient.

The warnings are in briefing notes written for BC environment minister Mary Polak in June and obtained by The Canadian Press.
The notes say Environment Canada`s move last year to close its spill response offices in Vancouver and other cities and consolidate operations in Quebec will make it much harder to contain spills.
Proposed pipeline projects have increased the fear of possible spills -- both on land and water.


From moving the west coast emergency oil spill centre to Quebec, to the wholesale firing of habitat and fisheries scientists at the Department of Fisheries and Oceans to the closure of most west coast Coast Guard stations, to gutting transportation, environmental and fisheries regulations, Harper is waging a quiet war on coastal British Columbia.   May he reap the whirlwind.
Posted by The Mound of Sound at 2:02 PM

Yes, there is a war. Yet British Columbians voted the Conservatives into more seats in Parliament than any other party.

Latest polls show the Cons in 3rd place out here. They may keep some seats in the interior but I think they're facing trouble in the cities, on the island and along the coast.

Is there difference between Conservatives and Liberals in B.C.?

The provincial Liberals are in reality conservative in a 2-party reality. We have an official, BC Conservative Party but they're unelectable.

Do you have a gieger counter? It would be interesting to see what the used air filters in you local garage garbage bin register. Its hard not to conclude the west coast of North America will become a hot zone.
http://thinkingaboot.blogspot.ca/2013/08/fukushimafukushima-fukushima.html

A few years back there was a small incident involving spilled oil or bunker fuel on one of the more southerly Gulf Islands (Mayne or Saturna, I think) and the BC authorities didn't even know about it until they were informed by US authorities either the US Coast Guard or Washington State environmental officials.

I fear for our future in a province that elects Harperites and Campbell/Clark scum.

Interesting point, Steve. I generally leave it up to the U Vic enviro-wizards to deal with that sort of thing. They're awfully good.

Koot, a lot of us are awaiting the USCG review of the supertanker initiatives planned for the south and north coasts.