The Apple Really Doesn't Fall Far From the Tree 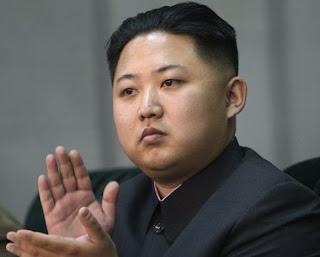 When it comes to murderous brutality, North Korea's new despot, Kim Jong Un is proving himself a chip off the old blockhead.

Seoul’s Chosun Ilbo reports that the female singer Hyon Song Wol was arrested along with 11 other entertainers on August 17 for filming themselves having sex. They then sold the videos, some of which made it to China. The 12 people, who belonged to prominent performing troupes, were killed by firing squad on August 20 as their families looked on.

Hyon was best known for performing the song “A Girl in the Saddle of a Steed.” Kim met her a decade ago, but his father Kim Jong Il — then North Korea’s ruler — apparently did not approve of the relationship.

And, after topping his old flame, Kim kept to family tradition:

A Chinese source told Chosun Ilbo that families of the executed appear to have been sent to prison camps in accordance with the country’s practice of punishing relatives.