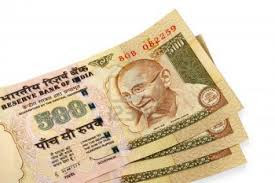 To the extent we paid attention to India's economic miracle at all, it was mainly to see its ascendancy as unstoppable.  What we read were tales of new moguls and an emerging, high tech, sophisticated middle class.   Unfortunately that's pretty much the vision that Indians also held and it was as much an illusion for them as it was for us except they're now on the receiving end of a bursting bubble.

The rupee has slid to its lowest ever rate and the country is teetering on a currency crisis.  The Guardian's Jayati Ghosh says it was a building crisis in plain view that no one wanted to see coming.

The Indian economy has been in trouble for quite a while already, and only wilful blindness could have led to ignorance on this. Output growth has been decelerating for several years, and private investment has fallen for 10 consecutive quarters. Industrial production has declined over the past year. But consumer price inflation is still in double digits, providing all the essential elements of stagflation (rising prices with slowing income growth).

This situation is the result of internal and external imbalances that have been building up for years. The Indian economic boom was based on a debt-driven consumption and investment spree that mainly relied on short-term capital inflows. This generated asset booms in areas such as construction and real estate, rather than in traded goods. And it created a sense of financial euphoria that led to massive over-extension of credit to both companies and households, to compound the problem.

Sadly, this boom was also "wasted" in that it did not lead to significant improvements in the lives of the majority, as public expenditure on basic infrastructure, as well as nutrition, health, sanitation and education did not rise adequately.

We should know by now that such a debt-driven bubble is an unsustainable process that must end in tears, but those who pointed this out were derided as killjoys with no understanding of India's potential.

The typical story, which was elaborated half a century ago by Charles Kindleberger, goes something like this: a country is "discovered" by international investors and therefore receives substantial capital inflows. These contribute to a domestic boom, and also push up the real exchange rate. This reduces the incentives for exporters and producers of import substitutes, so investors look for avenues in the non-tradable sectors, such as construction and real estate. So the boom is marked by rising asset values, of real estate and of stocks. The counterpart of all this is a rising current account deficit, which no one pays much attention to as long as the money keeps flowing in and the economy keeps growing.

But all bubbles must eventually burst. All it takes is some change in perception for the entire process to unravel, and then it can unravel very quickly. ...Once the "revulsion" in markets sets in, the very features that were celebrated during the boom are excoriated – by both investors and the public – as examples of crony capitalism, inefficiency and such like. The resulting financial crisis hits those who did not really benefit so much from the boom, by affecting employment and the incomes of workers.

Ghosh suggests that India is merely arriving at a crisis experienced widely elsewhere in recent years - Mexico, Southeast Asia, Russia, Argentina, the United States, Europe and elsewhere and is likely to spread to new powerhouses like Indonesia and Brazil soon.  A world driven by bubbles.  That sounds like a formula for stability, doesn't it?
Posted by The Mound of Sound at 9:34 AM