Senate Residence Requirements Are Not a Frivolous Formality 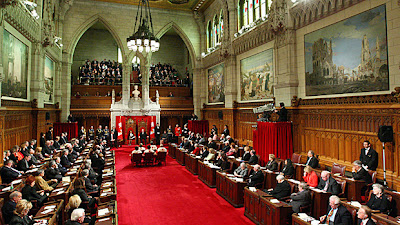 Canadian senators are appointed to represent their home province.  Although some, like the barnstorming Cavendish Cottager, may appear to represent their party, not the country and not their province, that isn't the obvious intent of the residency requirement.

Senators are supposed to spend most of their time in their home province to make themselves accessible to the people of their province, to hear their concerns, so that they can take those thoughts and interests back and represent them in the Senate.

What do these people need, a formal "job description"?  They're like a classroom full of school kids with open-ended hall passes.  Who wants to sit through a math class when you can be out in the playground with a frisbee?

Kudos, therefore, to the NDP for calling on the government to scrutinize every member of the Senate to assess whether they meet the residency stipulation.  We don't have to throw out the defaulters but we do need to hit the "reset" button and put them on notice that they're appointed to represent a specific province and that means spending most of the year there.
Posted by The Mound of Sound at 12:21 PM