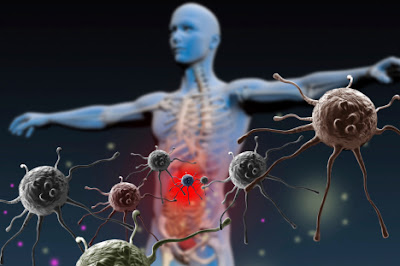 Okay, it's not like it's an epidemic but, just sayin'.  Our warming climate is manifesting in the northern migration of all manner of lifeforms - mammals, fish, birds, insects and diseases.

This week we feature N. Fowleri or Naegleria fowleri.   It's an insidious little bugger, an amoeba that has been detected as far north as Minnesota, and it loves warm conditions.   It also loves taking up residence in swimmers and then eating their brains.


It’s a fatal infection without an effective treatment, and one that strikes in a decidedly gruesome manner: An amoebic organism lurking in water is inadvertently inhaled during a swim on a hot summer’s day. From there, it travels through the nasal passage and into the brain, where it multiplies, devours one’s cerebral fluid and gray matter, and almost invariably causes death.

The good news is that it is, or has been, an exceedingly rare disease — “between 2002 and 2011, there were only 32 infections in the US.” But as far back as 2007, Michael Beach, a Centers for Disease Control and Prevention (CDC) expert in recreational waterborne illnesses, warned:

“This is a heat-loving amoeba. As water temperatures go up, it does better. In future decades, as temperatures rise, we’d expect to see more cases.”

The CDC notes that this (thermophilic) amoeba is “able to grow and survive at higher temperatures, such as those found in hot springs and in the human body, even under fever temperatures.”

Relax, it still hasn't been detected north of the 45th parallel.  Not yet anyway.   I was surprised to learn that dengue fever has now spread into 28 States.   When I lived a while in the Cook Islands, dengue was a huge problem.  They traced it to mosquitoes breeding in rainwater trapped in overturned coconut husks.  It was a constant struggle for the locals to keep the mosquitoes under control.

This information is reaching this part of the world only now?

Yes, sadly, it is. Ask those around you what they can tell you about dengue fever.