How Agri-Business is Poisoning Our Lakes and Oceans

The U.S. National Oceanic and Atmospheric Administration (NOAA) calls them "biological deserts."  They are the dead zones that are spreading along our coasts and inland waterways.

While there are various causes for dead zones in different places, the majority are blamed on agricultural runoff full of nitrogen and phosphorous from fertilizers that fuels algae blooms that, in turn, suck the oxygen out of vast swathes of fresh and seawater, killing off the life that would normally inhabit those zones.

Tom Philpotts, Mother Jones food and agriculture scribe, has put together a fascinating albeit troubling account of what is going on with America's waterways.   Some of the graphics are self-explanatory of what is really happening. 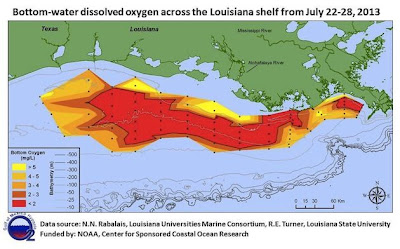 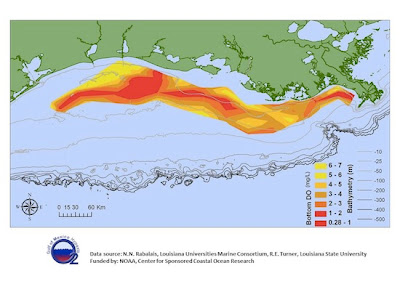 This is how the Gulf dead zone forms 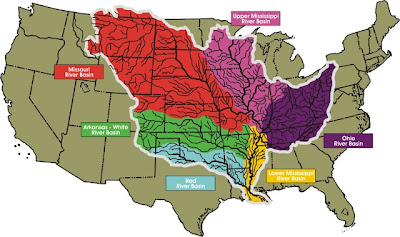 Agribusiness has tried to blame the runoff problem on urban land use.   The U.S. Geological Survey studied the situation and showed that the agribusiness claim was utterly false. 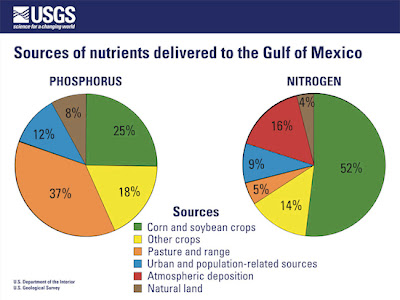 It's not just coastal areas that are being hammered by life-killing algae blooms.  Southeast Ontario is on the receiving end also. 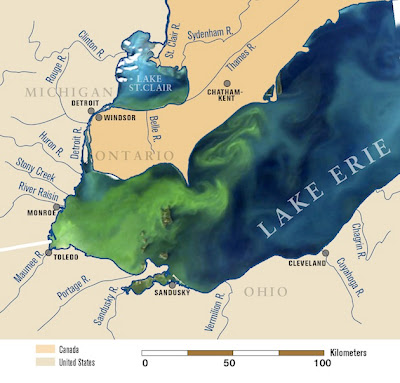 And anyone who spends any time near or on Lake Winnipeg will be familiar with this. 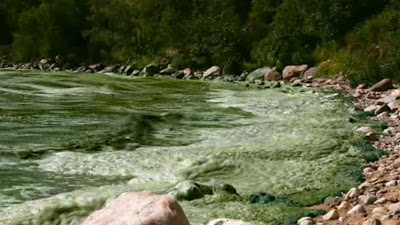 Unfortunately, intensive agriculture of the type practised today is heavily dependent on the sort of fertilizer loads that virtually ensure this dead zone problem is not going to get better.  Agribusiness is creating this problem and, in the context of steady state economics, is consuming a massive amount of natural capital completely free of charge.  It is fouling our fresh and saltwater marine habitat.  It is imperiling our fisheries.   This is, essentially, a massive subsidy we're bestowing on our agribusiness sector and it's bloody well time we posted that on the books, saw it for exactly what it is.

The saddest part is that we are beset by a generation of polliticians who are either too bent (Harper) or too timid (Mulcair/Trudeau) to confront an issue like this.  Sad, really.

There seems to be no political solution - those with $ simply don't care enough, they seem to believe they can buy their way to a personal solution while letting the planet die.

I think it's going to take an upheaval of progressivism if we're to have any hope, Al. All of our parties, even today's vestige of the NDP, have embraced corporatism. Not one of them object to our democratic decline or transformation into a 21st century petro-state.

I'm hoping that the situation isn't going to have to get much worse before it triggers a progressive reformation of the type seen in the U.S. at the turn of the last century. If we don't get that I fear we're heading for some form of feudalism.