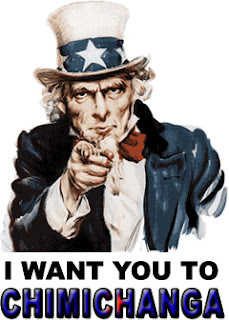 At times it seems the U.S. military is obsessed with finding ways to attack China.   They've already staged a full-dress rehearsal of a stealth first-strike against China, Operation Chimichanga.  That scenario envisioned a wave of F-35 stealth light bombers, protected by F-22 stealth fighters, catching the Chinese napping and wiping out their key air defence infrastructure to seize effective control of  Chinese airspace.

Turns out the Americans can read too and they've figured out that their chances of a successful first strike on China are a lot more wobbly than they first believed.  So now they're toying with the idea of using swarms of nano-bots to attack the Chinese.

From China to Iran, the nations that the U.S.'s famous Air Sea Battle concept appears tailor made to fight, are equipping themselves with advanced Russian-designed radars and surface to air missiles that threaten to shoot down all but the most advanced stealth aircraft. These countries are also investing in anti ship and ballistic missiles that are designed to keep an adversaries ships and especially aircraft carriers far from their shores. One of the traditional responses to overcoming such weapons is to build fast, long-range, high-flying, stealthy aircraft capable of evading these threats. Today, at the massive drone conference going on in Washington, we heard a new, wilder idea.

"As the Air Force is challenged by long ranges [in the Pacific] a nano that is re-chargeable, all the way along the route, is not challenged by distance," said Col. Bill Tart (his callsign is Sweet), the man in charge of figuring out what capabilities the Air Force's drones need. "How in the world are you going to defend against a nano?"


The beauty of long-range drones is that they could come in from any point on an adversary's border, Tart told Killer Apps after his speech.

"You would have to defend everywhere because I have such long range capability," said Tart.


The key to this is making the tiny drones hyper-fuel efficient.

"I've had a lot of people come to me and talk about really interesting [things with] propulsion like fuel cell capabilities, that gives you a lot of range, people are talking about batteries that you can drop off of airplanes" after they run out of juice, thereby lightening the aircraft's load.

But the wildest concept is basically that of a flying iPhone charging dock. The technology allowing drones to refuel other drones in midair is already being tested. Imagine replacing with the hoses and drogues used by gas guzzling planes with cables and plugs.

In case you haven't seen it before, here's a USAF video on "micro air vehicles."
Posted by The Mound of Sound at 1:35 PM

Does the US really think it can get away with that? Does it really think it won't be too harmed? put those people in a room and don't let them out until they find their head..the one resting on their shoulders. There's a boy scout badge showing the US's face.

I don't know just what the United States thinks anymore. Its military command is just beginning to be taken over by post-Cold War officers. America hasn't faced the prospect of a "peer on peer" conflict for decades. For a generation it's been absorbed in unsuccessfully trying to achieve victories over Iraq and Afghanistan.

What we may be witnessing is a hyper-muscular military seriously lacking in purpose, focus and, above all, leadership. That is a very dangerous situation.

When will someone with influence take a stand and tell the Americans in no uncertain terms, they need to stop this ludicrous stupidy now and look after their own country and people. They think they are better than any other country in the world..well there is news, they are not. All the Chinese are doing is looking after their own. Since 2000 and before they haven't said anything in way of words or actions intended to evoke contemptuous laughter at or ill feelings toward the US. The Chinese are too busy trying to develop their people and their environment. Unlike the Western world or should be North America, they know just how important the environment is to their survival. If the Chinese have ideas of taking over the world, they ain't going to do it with bombs or marching into a country. They will do it with finesse, diplomacy..YES diplomacy and intelligence with the use of psychology. Anyong