The Stunningly Rapid Rise of the National Security State. This Shit is Beginning to Get Scary. 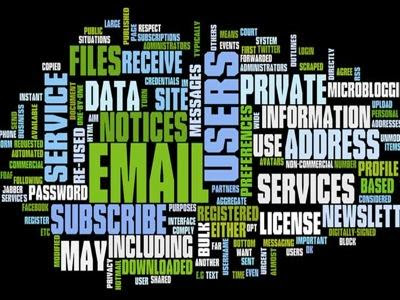 Big news on the Orwellian Front.  The ascendancy of the national security state is picking up steam and it's spreading into the upper echelons of the media.

First up, The Guardian.  The venerable newspaper reports receiving an ominous demand from the "centre" of the Cameron government to cough up any documents it received from whistleblower Edward Snowden.  The editors responded by destroying every hard drive in their possession containing any Snowden documents.

The decision was taken after a threat of legal action by the government that could have stopped reporting on the extent of American and British government surveillance revealed by the documents.

It resulted in one of the stranger episodes in the history of digital-age journalism. On Saturday 20 July, in a deserted basement of the Guardian's King's Cross offices, a senior editor and a Guardian computer expert used angle grinders and other tools to pulverise the hard drives and memory chips on which the encrypted files had been stored.

As they worked they were watched by technicians from Government Communications Headquarters (GCHQ) who took notes and photographs, but who left empty-handed.

The editor of the Guardian, Alan Rusbridger, had earlier informed government officials that other copies of the files existed outside the country and that the Guardian was neither the sole recipient nor steward of the files leaked by Snowden, a former National Security Agency (NSA) contractor. But the government insisted that the material be either destroyed or surrendered.

Meanwhile, back in the United States, it's turning into Journalism's War on Journalism.  Here it's Time magazine's senior national  correspondent, Michael Grunwald, going on Twitter to announce how he "can’t wait to write a defense of the drone strike that takes out Julian Assange."

From David Sirota in Salon.com:

it is yet more proof of the growing ranks of Journalists Against Journalism Club. Yes, here we have a reporter expressing excitement at the prospect of the government executing the publisher of information that became the basis for some of the most important journalism in the last decade.

Likewise, it is yet more proof that the nonchalant blood lust that pervades the National Security State also exists inside the establishment media that is supposed to be objectively covering that National Security State. Indeed, even after deleting his tweet, Grunwald was unrepentant about such blood lust, saying that he wasn’t sorry for effectively endorsing extrajudicial assassination, but merely for the fact that his tweet “gives Assange supporters a nice safe persecution complex to hide in.”

But, then, journalists hating on journalism and political reporters worshiping state-sponsored violence is no big reveal anymore. In that sense, Grunwald’s morbid fantasy is notable primarily because it summarized such realities in such uncharacteristically clear terms.

What is more revelatory is what the context of the Grunwald episode says about the intensifying debate over who is and who is not a true “journalist,”  and whether it is opinion or ideology that really disqualifies one from the legal privileges that are supposed to come with that label.

The journalist/non-journalist is a debate that has gone on for a while now. It is one that I have a bit of personal experience with since a 2007 fight when the gatekeepers in the congressional press gallery tried to deny me press credentials simply because I acknowledge my own political opinions/ideology. And it is a debate that has now flared back up since opinionated Guardian columnist Glenn Greenwald began breaking the NSA stories back in June. 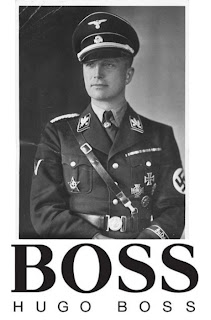 Oh, boy, maybe we'll soon be getting our new uniforms.  Remember, before Prada, there was Hugo Boss.

Nicely played Mr. Rusbridger. There are probably thousands of copies of Snowden's documentation scattered throughout the world. But if your government wants to play intimidation games with you, then simply don't play.

And what's with the photo? No riding crop? Ever Nazi man-about-town has a riding crop these days.

Sorry about botching the photo. Also absent is a lovely Alsatian at this fellow's side.

Yes there are effectively unlimited copies of all these documents in the "clouds." In fact The Guardian says it will still work with those albeit in another country.

This was a pathetic effort to force the paper to kiss Cameron's ring.

"England not the home of Madam George and Chaucer, its a place where they kill black boys on mopeds"

The anglo saxon mentality is behind most things wrong in this world.
http://thinkingaboot.blogspot.ca/2011/06/dr-kelly-still-dead.html

MOS, when it comes to portraits of Fascists, my favorite is of Il Duce (Mussolini, who defined the term fascism perfectly) and his main squeeze hanging around, upside down at the gas station.

It's always the smallest men who lust after power.

kootcoot: Mussolini wasn't anglo and saxon either...isn't that something.