At Last, a Climate Change Winner 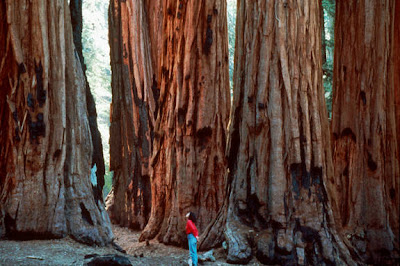 Climate change has a lot of losers but it also has a few winners.  It's good to learn that, among the winners, are the giant redwoods and sequoias of coastal, northern California.

Since the 1970s, some coast redwoods have grown at the fastest rate ever, according to scientists who studied corings from trees more than 1,000 years old.

"That's a wonderful, happy surprise for us," said Emily Burns, science director at the Save the Redwoods League, which is collaborating on a long-term study with university researchers on the effect of climate change on redwoods, the world's tallest trees, and giant sequoias, the largest living things by total mass.

"The forests are not experiencing detrimental impacts of climate change," Burns said.

Researchers doing fieldwork for the study also made a bonus discovery. They came across an ancient, shaggy tree that corings revealed to be the oldest coast redwood on record. At 2,520 years of age, the ancient tree beats the previous record-holder by 300 years.