A Refreshing Take on Strategic Voting. 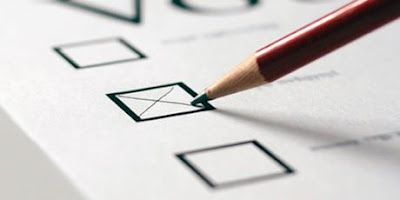 If you support the Liberals or the New Democrats or the Greens, 'strategic voting' has a pretty obvious meaning. What if you're a Tory, to be more precise - a Tory dissident?  It turns out some of them may be voting very strategically this time around.

I got that last night from my oldest Ottawa Tory buddy. There'd been reports about the possibility some time ago but they didn't seem to go anywhere. It turns out there might be some truth to them after all.

What I'm told is that there are, within the Tory ranks, some who are simply fed up with Shifty Steve's 'above the law' mode of governance and his relentless assault on the Charter of Rights and Freedoms. These are 'old school' Tories from the PC side, not 'old stock' Reformers in Tory clothing. In a word, they're Tory dissidents.

They won't be voting Conservative this time around. Some won't vote at all. Some might actually vote Liberal or maybe go for whatever opposition candidate is most likely to prevail over the Tory.

Don't expect them to go around advertising their discontent. You won't see them parading under any "Harper Must Go" banners on Parliament Hill. They're still Tories after all. It's just that they wish their party leader was also a Tory.

My son, a conservative, voted Liberal in the advance poll at the base. He told me that in his workplace most of them went Liberal or abstained. One voted Green and one voted Con. These are military people. I found that encouraging.

Direct Strategic Voting is unlikely to have an effect that can be measured statistically. But I hope that someone like Éric Grenier does an analysis of the effect of actual seat results vs. his projections based on the voting numbers to see if it had any effect.

The problem is low voter participation when compared to the general population. Plus inaccurate and conflicting polling information will lead to votes cancelling out.

In the aggregate, however, the ABC hysteria will make this election more of a polarized two-horse race than normal. So voters will throw in behind one party to beat Harper. That will be the Liberal party. That will probably produce a Liberal fake majority on as little as 39% of the vote. (Vote splitting works just as well for the Liberal party as it does the Cons, historically. Take, for example, the recent Ontario election.)

If Trudeau wins a majority, there will be no reason for him to reform a voting system that works in his party's favor, as it has since Confederation making the Liberals the "natural governing party." What this really means is that after the next Liberal decade, a new Neo-Con decade will emerge and we'll be back in the same boat all over again. Plus if one looks at Trudeau's low-tax small-government platform that really doesn't undo any of the damage Harper has done over the past 10 years, the rightward drift will continue as it has for 30 years in a row so far.

Interesting note: if we implemented the simple reform of ranked ballot voting requiring that MPs earn their seats with a majority vote (like partisans elect their leaders) that would be 100% accurate strategic voting, it would end the two-horse race we absurdly call democracy, and it would end the polarizing politics (extremists lose out on alternative votes.)

Many electoral reformers believe Trudeau favors RBV. But they will find out he actually doesn't favor any reform. He only talks electoral reform when he's down in the polls. Since the media is opposed to electoral reform (democracy is bad for shareholders apparently,) they will only be relieved when Trudeau does whatever he does to get out of his commitment to ER. (Which could be another designed-to-fail referendum as Liberals did in BC and Ontario to kill ER.)

I know for a fact that several longtime Conservative voters were intending to vote Green---in a riding where Greens haven't a hope of winning---until my mole (actually my Ma) convinced them (her widow cronies) to vote strategically to beat the Con (in this case, NDP).

What was interesting was the fact that none had even considered voting NDP because their late husbands had always talked that party down; in fact, they probably voted Con all those years because their husbands told them to. So the Green idea was to sort of park their votes ABC because all of them are disgusted with Harper. Got me to thinking how many other disaffected Cons (there's gotta be more than a few) had the same idea, vote Green because they just couldn't bring themselves to vote NDP or Liberal, on principle, or habit. Meaning, the Greens' polling numbers are probably (if true) getting a bump from disaffected Cons, and that doesn't contribute to vote-splitting in the Cons' favour because these Green votes are stolen from them.

The phenomenon of not being able to vote for an alternative on principle was well illustrated last time when the Liberal vote collapsed. It looked like a lot of disaffected Liberals simply stayed home rather than support Ignatieff in any way (his leadership was a granted appointment by the party executive, he was not elected by the members). This of course handed Harper his first (and hopefully last) majority by default. Subsequently, Con theologists made out like Harper slew a dragon once and for all; truth is, the Liberals beat themselves to a pulp, and Harper, finding the barely breathing, unconscious body lying in the alley, ran up a quickly took a selfie with his foot up on the trophy---and, as we've seen, the Liberal "dragon" Saint Steve was supposed to have vanquished, did not die, and, in fact, has resurrected as would be expected of a venerable, middle-of-the-road party.

That would argue that Liberals are fairly loyal, and probably less likely to avail of SV than, say, the NDP whose support is softer.