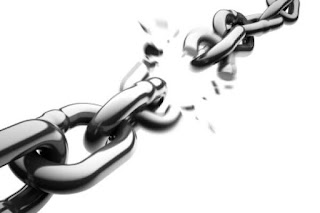 Harper is out. Trudeau is in, big time.

I didn't vote for either of those guys or Mulcair, yet I'm enormously relieved that Stephen Harper didn't return for the final term he needed to complete his transformation of Canada and, especially, the west.

It's a weird feeling, almost as if it was laced with just a touch of emancipation. You're free to go. Speak your mind. Dispute, argue, debate. Organize.  Get busy, get to it.

Only this whole emancipation things is no simple matter.  What do you do? How do you engage this freedom? What are the pitfalls ahead and where can you go wrong?

Dismantling the Canada that Harper inflicted on us isn't going to be easy. It has to be brought out into the open, explored and understood - not as Harper proclaimed it to be but as it is.  Some of it might be like defusing unexploded ordinance.

My Greens didn't win but the pressures to vote strategically were powerful and persuasive. The election plainly cost the party votes but I'd be surprised if, this morning, it has cost the party many supporters.

Then there's the NDP, whatever that is any more.  They began the campaign soaring high but then, like Icarus, the wings melted and they fell 'plop' into the sea. As usual, they spent too much effort attacking the Liberals when they ought to have been slamming Harper but, in the end, they got their just rewards. Brace yourselves for the classic grousing so familiar in the wake of NDP failures. The public was too stupid, the opponents were dishonest, their guy was maligned, yada, yada, yada.

That leaves us with the Liberals. What to make of them? How do you make sense of a party that began yesterday with 34 seats and ended the day with 184? It's going to take a few days just to make up name tags for the caucus meet'n greet. The good part is that there's a fair bit of veteran talent in the party that's evenly split between under and over 50s.

I'm not sure what to make of the strong majority. I had thought some minority coalition might be preferable if only to compel the Libs and New Dems to stop the constant back-biting and make them cooperate. I'm not sure that would have worked with Mulcair having spent much of the campaign attacking Trudeau even as Trudeau focused his efforts on the real target, Harper.

Trudeau has a lot of change to deliver but that includes dismantling the detritus of Harperland and tons of scaffolding to build something new that works for Canada not just one sector, one region.

Anyway, get prepared for the emancipation syndrome. Enjoy the freedom, the chance to breathe, the warmth of the sun. It won't last. The challenges haven't gone away and, try as he might, the Liberals will stumble, they will make mistakes and, sometimes, they'll choose the wrong path.

Here's the thing. During the Harper years a lot of us attacked policies and advocated for change, sometimes fundamental change. Under Harper we didn't have a snowball's chance in hell of getting through. Maybe, just maybe, we now have a government that will at least hear us out.
Posted by The Mound of Sound at 8:36 AM

39.5 % is a fake majority. Why bother counting the seats?
The only thing important is popular vote.
Even that indicator got misrepresented as voters abandoned NDP (~5%) and Greens (~5+%) to vote Libs and stave return of prince of darkness.
Justin better deliver on his promise of electoral reforms.
But I wonder if is he going to cut the branch on which he is perching...
A..non

Anyong said: Thanks to the Canadian people except Alberta of course, for getting rid of Harper. It is good it was accomplished even if it was done strategically. Cheers

Of course it was a majority built on a minority of votes, A..non. Is that Trudeau's fault? Your guy was running hard under the very same system and was happy to take every seat it delivered so, please, quit your grousing.

Yes, we need electoral reform and Trudeau has promised to deliver. It's on him now. We'll see.

Back to the old style of government...government by the East, for the East. Harper had to go for sure as he was modeling himself as Emperor Harper, but all Trudeau's bagmen were from the traditional Liberal areas of Bay Street and Montreal.

Anyong said: Anony when you say the east, do you mean Ontario and Quebec? Actually the east lead the country last evening...meaning the true east.

In the passion to oust Harper there were many casualties, Mound, like Megan Leslie's loss and the failure of the Greens to expand their numbers. However, I did see something on Facebook that was an interesting suggestion to Trudeau: go outside the party and choose Elizabeth May as Environment Minister. Probably won't happen, but can you imagine the possibilities?

Anyong: Go to the

@ anyong - both coasts held back the Conservative contagion last night. It was wonderful to see.

Anon...and 4 seats In Alberta, 2 being in Calgary, most of urban Vancouver, almost half of the seats in BC.

It's going to take some time for it to sink into certain people's consciousness (assuming they are actually conscious) that "the puppet" pulled off something unprecedented in our history, something approaching miraculous.

The LPC went from third place at 34 seats to first place at 184 seats in just 3 years. From the party being counted out as a historical relic and irrelevant, the leader being dismissed as a lightweight and hopelessly naive as well as being personally vilified by the other party leaders to complete victory.

Whinging is your right of course but just remember that you underestimated him once and it brought this down on your head.

My point Mound is that we need to have a paradigm shift in way we think and talk about "majority governments" which are actual minorities.
The sooner we ALL stop talking "majorities" and call the spade the spade, the sooner we will get PR.
A..non

We still have a long way to go, Mound. But the air is fresher and clearer this morning.

Yeah, you got what you wanted, you're happy now. So are you going to look the other way every time the Libs go back on one of their already-flimsy promises? Going to stay silent when they sign the TPP, do nothing on the environment, make cosmetic changes to C-51, build some infrastructure but only as an excuse to channel our money to multinationals via PPPs? When they spy on, beat up and harass environmental protesters but unlike the Cons not because they're mean, only because it's "necessary"?
Every time these guys show that they're still the same goddamn Liberals, I hope you don't quite have the ability to maintain the cognitive dissonance and find yourself thinking "Fuck. I asked for this."

@ PLG - I put it right up front - I didn't vote for Trudeau. I didn't support Mulcair either. I didn't get what I wanted but I am grateful to be rid of Harper. I assume you are grateful also.

I also noted that all the great challenges remain and all the battles will have to be fought. The fact is all three mainstream parties are petro-pols, yours included.

Your obvious anguish at how miserably your leader and your party handled this campaign is entirely understandable. This was, after all, theirs to lose and they accomplished that, in spades.

But, PLG, let's look on the bright side. Sure Mulcair led the NDP to a loss of 51-seats but remember, the 44 seats he won still constitutes your party's second best result ever. It's one seat better than Broadbent's performance in 1988. See, there's your silver lining! Now, let's turn that frown upside down.

@PLG represents what is odious about the NDP.

Mulcair, for all his faults is a decent politician. He stood up to Charest in Quebec and refused to give public land to private interests.

I can only hope that Trudeau's handlers will not get the best of him,

@ Anon. PLG is a good guy in my books. He's just bummed out at the NDP collapse and that's understandable. He and I find that we agree on far more things than those on which we differ.

How long has PLG been reading this blog? What an arrogant shite.

Ya wrote: "The public was too stupid, the opponents were dishonest, their guy was maligned, yada, yada, yada."

The world is full of people who can't/won't fit in:

They all need to play the cards that they're dealt.

Good luck with fixing that, Bill. I couldn't begin to do it.

Mulcair's a loser. Losers know how to run losing campaigns.
Hopefully, Dippers finally begin to turf these third-wayers out, but I'm not getting my hopes up. They've infected the party since 1995, after all.