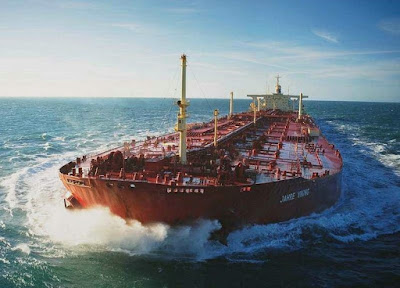 They're drowning in South Carolina, seriously. Killer floods in the heart of Dixie. It's the latest craze. The new jet stream parks a rain front overhead delivering a week-long soaking. You can take that sort of thing for a day, maybe two, but after that it gets to be a bit much. More than you can handle.

Over on the Pacific coast, mid-October has brought an inferno to southern California.  Another day of scorching heat and, as projected, the demand for electricity for air conditioning has caused power outages.


The latest problems occurred after utility workers tried to fix problems that occurred overnight Friday by moving customers onto other circuits, said Carol Tucker, a spokeswoman with the Los Angeles Department of Water and Power.

"Because of the demand and excessive heat, the other circuits were already being strained and overheated," Tucker said.


I think those Americans need another constitutional amendment to enshrine their right to air conditioning. Guns don't do you a lot of good when the temperatures hover, day after day, in the triple digits and the cooling appliances go out. Did I mention they've also got this drought thing going on?

In the greater scheme of things, a report in The Guardian that this year's "make it or break it" climate summit in Paris is looking like we'll break it instead of making it.  That 2C target? Forget about it. Even if it would have kept us safe from runaway global warming, and it won't, we'll be blowing straight through it anyway.


In advance of the COP21 United Nations climate talks to be held in Paris from 30 November to 11 December, every country was asked to submit proposals on cutting use of fossil fuels in order to reduce their emissions of greenhouses gases and so tackle global warming. The deadline for these pledges was 1 October.

A total of 147 nations made submissions, and scientists have since been totting up how these would affect climate change. They have concluded they still fall well short of the amount needed to prevent a 2C warming by 2100, a fact that will be underlined later this week when the Grantham Research Institute releases its analysis of the COP21 submissions. This will show that the world’s carbon emissions, currently around 50bn tonnes a year, will still rise over the next 15 years, even if all the national pledges made to the UN are implemented. The institute’s figures suggest they will reach 55bn to 60bn by 2030.

The thing is, we haven't got 15-years to continue to grow emissions. We haven't got five years before we have to begin slashing current emissions to the order of at least five per cent per year (based on current emissions) forever. That would mean a radical transformation of our domestic and global economies and our societies and there's nothing remotely like that on the horizon. Nothing. Look at what we've got on offer - Steve, Justin and Tom. They don't think on this level. They're still playing in the sandbox of 80s politics.

I just received my "new to me" copy of Gwynne Dyer's updated book "Climate Wars." I bought the original years ago but I've obviously loaned it to somebody but I no longer recall who that was.  Part of the aging thing, I suppose.

Gwynne sure cuts to the chase. He sums up his whole book in the introduction. Here are a few passages setting out his four conclusions:

First, this thing is coming at us a whole lot faster than the  publicly  acknowledged wisdom has it. When you talk to the people at the sharp end of the climate business, scientists and policy-makers alike, there is an air of suppressed panic in many of the conversations. We are not going to get through this without taking a lot of casualties, if we get through it at all.

Second, all the stuff about changing the light-bulbs and driving less, although useful for raising consciousness and gives people some sense of control over their fate, is practically irrelevant to the outcome of the crisis. We have to decarbonise our economies wholesale, and if we haven't reached zero greenhouse-gas emissions globally by 2050 - and, preferably, 80 per cent cuts by 2030 - then the second half of this century will not be a time you would chose to live in...

Third, it is unrealistic to believe that we re really going to make those deadlines. Maybe if we had gotten serious about climate change fifteen years ago, or even ten, we might have had a chance, but it's too late now. Global greenhouse-gas emissions were rising 1 per cent a year when the original climate-change treaty was signed in 1992; now they are growing at 3 per cent a year, and most of Asia, home to half the human race, is rapidly moving into industrialised consumer societies. To keep the global average temperature low enough to avoid hitting some really ugly feedbacks, we need greenhouse-gas emissions to be falling by 4 per cent now, and you just can't turn the supertanker around that fast...

And fourth, for every degree that the average global temperature rises, so do the mass movements of population, the number of failed and failing states, and very probably the incidence of internal and international wars. Which, if they become big and frequent enough, will sabotage the global cooperation that is the only way to stop the temperature from continuing to climb.

When Dyer wrote those words in 2008 they seemed grim to the point of apocalyptic. Now they seem prescient. A good deal has happened over the seven years since Climate Wars was released. There's been a flood of research, a mountain of analysis and the consensus has become, in the context of science, watertight.

Since 2008, nature has been showing her hand in ways back then we didn't imagine we would see until the end of the century.  We just keep getting overtaken by events. This thing is not linear as we had optimistically imagined only a decade ago.

That 2C target, that political number? Do you even remember what that was all about? It was a limit for the amount of warming we believed would keep us safe from tipping points that would lead to runaway global warming.  These tipping points were the triggers for natural feedback loops that would lead to devastating, catastrophic climate change completely beyond our control.

Since Dyer wrote his book in 2008 we've seen these feedback loops become reality, evidence that we've passed a number of major "never exceed" tipping points. The ice caps are melting. The tundra is drying out and catching fire. The permafrost beneath is melting, releasing massive amounts of methane into the atmosphere. Seabed methane clathrates are melting sending plumes of methane to the surface and on to the atmosphere. Our oceans are acidifying and the circulation patterns on which our civilization was built are changing irreversibly.

Meanwhile, aboard the supertanker, SS Canada, there's nobody in the wheelhouse, nobody willing to turn that helm hard over.  No, they're all down in the hold squabbling over daycare, balanced budgets and funding for the arts.

Hi, Toby. Thanks. I was going to include that link - only it's Thanksgiving and all of this is just way too heavy.

I'm a pessimist about this stuff. History abounds with societies charging headlong, often enthusiastically, into ruin. In all cases there would have been those who warned but they were ignored. I have a vision of someone on Easter Island announcing that cutting down the forests and ripping up the farm land in order to build stone heads would not solve their over population problem. Undoubtedly, the others cooked and ate him/her.