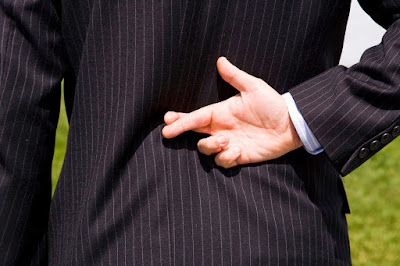 They've run the numbers and it's not enough; not nearly enough. In advance of the Paris climate summit, officials of the UN Framework Convention on Climate Change have worked out that if the 146 nations' promised emissions reductions are met, we'll have locked in 2.7 degrees Celsius of warming.

Here's the thing. The long stated target is to hold global warming to no more than 2C above pre-industrial temperatures. The idea is to avoid triggering 'natural feedback loops' or what is known as runaway global warming.

Think of it this way. We're holding a gun to our heads. Man has his finger on the trigger but nature is the bullet in the chamber. And, sticking with this metaphor, think of it as a hair trigger. We're just guessing at how far we can pull it before the firing pin trips.

In other words, 2C is a guess and it's a mortal guess. Yet we've tagged 2C as the point at which we might have a 50% chance, an even chance but no more, of not triggering runaway global warming. That means we'll also have a 50% chance that we will activate these natural feedback loops.

Now that 2C target was a quasi-scientific/quasi-political number - a ginned-up best guess if you will - that was conjured up years ago based on old data and a relatively optimistic outlook. We've got mountains of new data now, including observed natural feedback loops already underway, that suggest 2C isn't an even bet after all.

Some of these feedback loops include the drying and burning of the tundra across the high north exposing the methane-rich permafrost beneath to melting and gaseous release; the loss of glaciers and polar ice caps that means the atmosphere now absorbs heat that was once reflected back into space; temperate and tropical forests that are drying out, turning to tinder and fueling massive, carbon-belching wildfires; and the release of once safely frozen but now thawing seabed and lakebed methane hydrates across the far north. Guy McPherson over at Nature Bats Last calculates we've triggered some 60 feedback loops in all but don't go to his site, not today. You don't want to do that when, tonight, you'll have to look into all those faces of young trick-or-treaters. Don't.

So here's the thing. If you suspect that McPherson and many other newly added voices might possibly be onto something, then the natural feedback loop horse might have already slipped out of the runaway global warming barn.

But what if McPherson and others are right and we're actually squeezing a 3-lb. trigger? We just think it's a 5-lb. trigger because that's something we made up a long time ago and, despite all the science since then, we're sticking to it. You can think that one through.

It sounds pretty grim, doesn't it? Well, it is. And that's taking climate change - anthropogenic global warming - in isolation, free of its companion scourges such as the fresh water crisis, overpopulation, over-consumption of resources and the collapse of biodiversity as well as ocean acidification.

The thing is that we don't have much chance, perhaps no chance, of actually fixing climate change or any of these other existential challenges without fixing them all. That can't be done if we keep growing our numbers; expanding our overall and per capita consumption levels that already far outstrip our planet's carrying capacity; and fouling our oceans, rivers and lakes.

Ultimately the biggest threat, bar none, is us - mankind. We're writing cheques the planet cannot possibly cash. We need to collectively, as a community of nations, cut our numbers by about half while, at the same time, slashing our out of control consumption/waste levels. This requires recognizing that we have to shrink economic activity to the point that it exists within environmental capacity because, when you stray outside, collapse is inevitable.

We tell addicts that the road to recovery begins when they recognize they have a problem that they can't live with and so too for all of humanity. Cutting carbon emissions is like a drunk promising that he won't touch a drop - on Wednesdays. Promises, promises.

Yours makes for a very sobering post, Mound. The evidence now is growing at such a rapid rate that few can willfully deny the extent even of present climate change without appearing as absolute fools. Too bad, however, for all of us that the necessary sense of urgency and the political will to act are nowhere near what they need to be if we are to have any chance of maintaining a habitable world.

If we can't bring ourselves to deal with this on a national level, Lorne, how can we possibly find the comity we'll require to tackle it at the international, global level?

Gwynne Dyer makes the point that any international accord demands two foundational elements: stability and peace. Climate change is a powerful destabilizing force and, as its impacts spread, it leads to failed states and eventually war. Some of the nations expected to be among the most heavily impacted are nuclear powers - China, India and Pakistan. As China's environment continues to degrade it might not be willing to honour its voluntary sharing of the Himalayan headwaters with India and Pakistan. India, in turn, squeezed by China might take a similar hard-nosed approach to Pakistan whose main rivers first flow through India.

"cut our numbers by about half..."
Al Gore fathered 4 kids...
Is he, like the other Canadian "prophet" also lost his mind?
A..non

A..non, what does Al Gore have to do with this? That's ridiculous and as for the Canadian "prophet" just who is that?